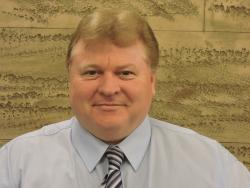 According to St. Regis Mohawk tribal police and Attorney Ed Narrow, who is representing Arquiett, the legislator was involved in a two-vehicle accident in Franklin County at 10:22 p.m. Saturday. Members of the state police also responded to the scene.

No parties suffered any serious injuries, according to Narrow.

A press release was issued through Narrow’s office, outlining the charges and an apology from Arquiett.

“Tony is deeply disappointed in the decisions he made on December 4, 2021, prior to his arrest. He has expressed remorse for the accident and has made apologies to his wife, Wendy, of thirty-seven years, and to his mother. Tony would also like to continue to express his concern for the safety and welfare (of) the parties involved in the motor vehicle accident, and to express his remorse and to apologize to the members of his community for his conduct,” the statement reads.

It continued, “Mr. Arquiett fully intends to address any issues raised as a consequence of this arrest and plans to continue to serve the members of his community while this case proceeds through the criminal justice system.”