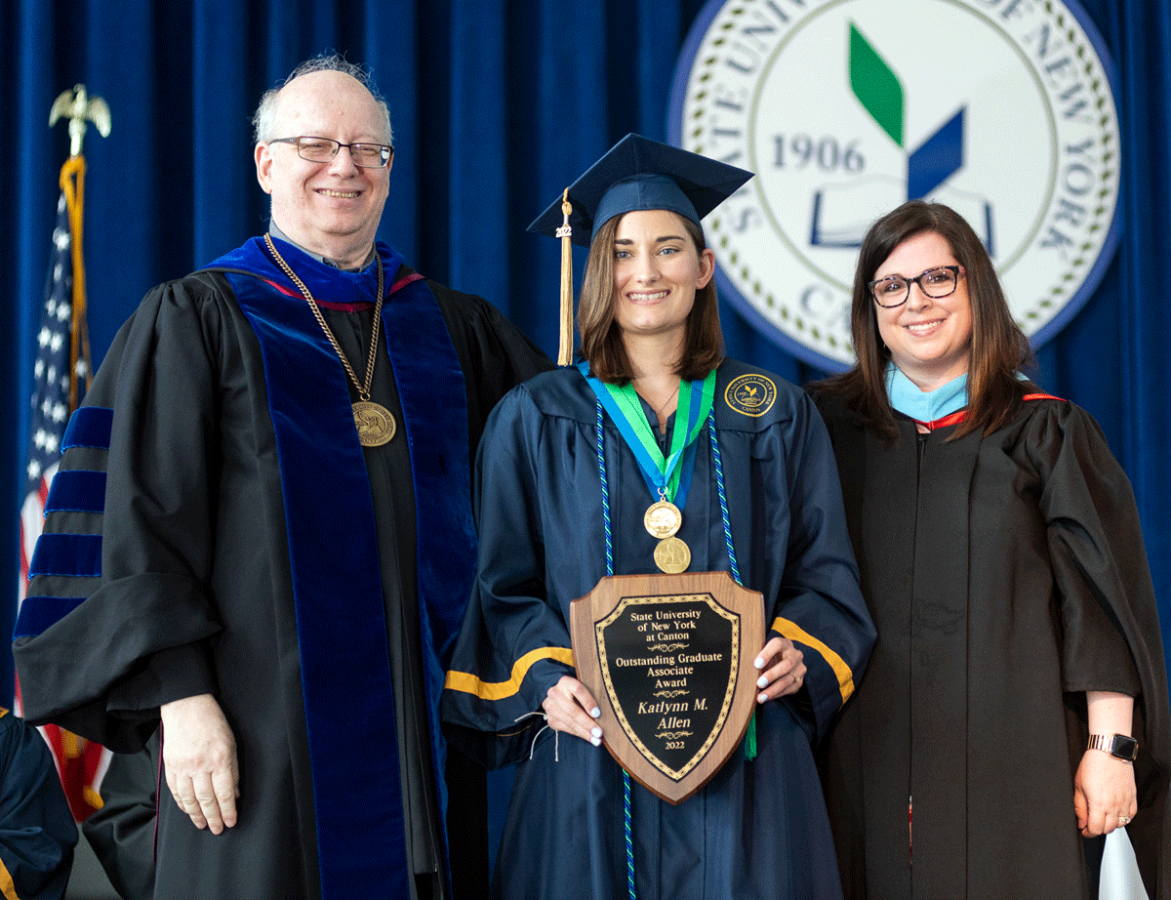 CANTON -- SUNY Canton held its 114th Commencement Ceremony for approximately 750 members of the class of 2022 Saturday, May 14.

College Council Chair Ronald M. O'Neill, class of 1963, opened the ceremony by asking the graduates to reflect on the memories and lifelong friendships they have made.

"There has never been a graduating class in our school history quite like yours," he said. "While the pandemic was unexpected and unwelcome, by going through it together, it has created a bond that I hope you will carry forward into this new phase of your lives."

President Zvi Szafran welcomed the audience and led a moment of silence for SUNY Canton Professor Edouard Mafoua, Ph.D., who passed away unexpectedly in March. Mafoua taught Economics in the Business Department and was a 17-year employee of the college.

"Edouard will be fondly remembered for his passion for teaching, for sharing his knowledge, and for his dedication to his students and the college," the president said.

Szafran expressed his pride in this year's class, which comprises graduates who range in age from 19 to 64 years old and represent 18 U.S. states and seven countries, including Cameroon, Canada, Finland, Saudi Arabia, Sweden, and the U.K.

Tiffany L. Hobby, an Applied Psychology graduate from the Bronx, who is the recipient of the Norman R. McConney Jr. Award for Student Excellence, a statewide honor that recognizes scholars in the Educational Opportunity Program.

Student Jonah R. Black, class of 2023 and president of the Student Government Association, addressed the graduates and reminded them of all they have accomplished during unusual circumstances.

"The unexpected transition to online learning wasn't easy, but you all have stuck it through to the end," Black said. "Take that motivation and determination that you've shown through your time here at SUNY Canton, and fight for what you deserve and never settle for less."

Additionally, graduates from the college's one and two-year Nursing programs were recognized at special pinning ceremonies held earlier in the week.