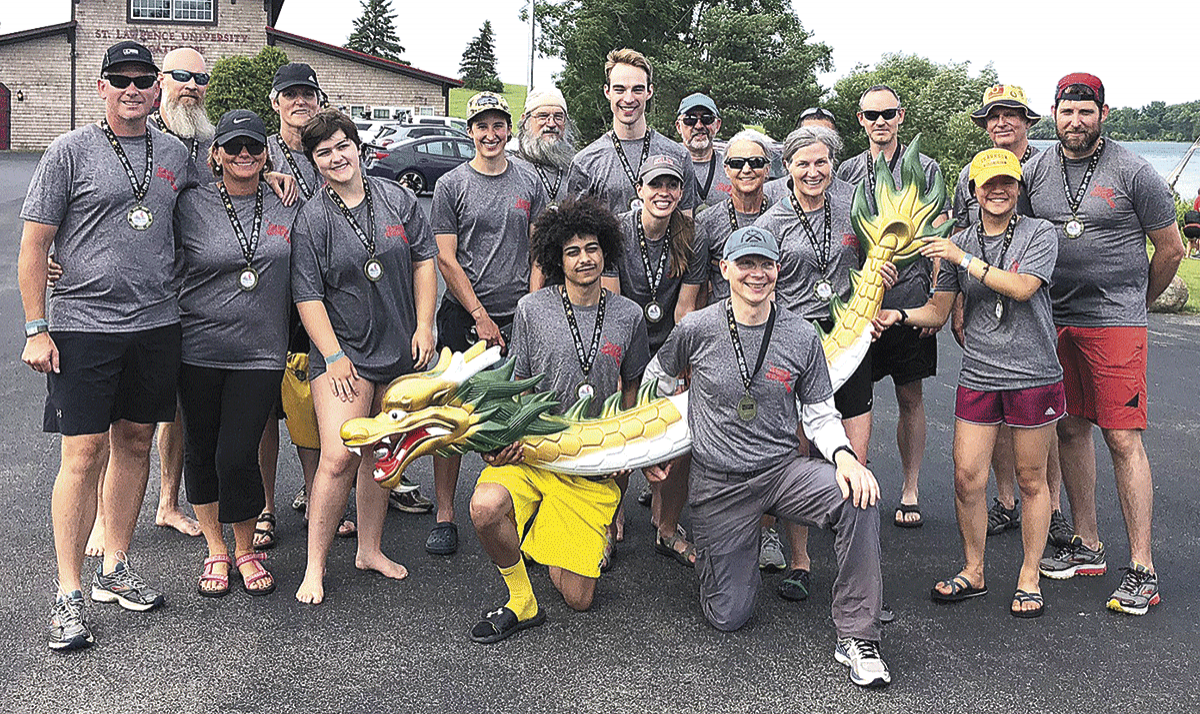 Dynamic Dragon Boat Racing of Knoxville, TN, provided the specialized boats and the expertise to put on a successful race, the press release said.

The event was hosted by Claxton-Hepburn Medical Center and sponsored, in part, by Excellus BlueCross BlueShield.

Teams included representatives from many area healthcare institutions including Canton-Potsdam Hospital, Gouverneur Hospital, St. Lawrence Surgery, corporate and community-based teams as well as three teams from Claxton-Hepburn. A youth team from Edwards-Knox also competed. Returning for a second time was Hope Chest of Buffalo, who brought two 20-paddler teams of breast cancer survivors. As part of the day’s events, a special carnation ceremony was held to recognize those that have lost their fight against cancer and those that continue to fight.

Local vendors provided food for the crowd and many of the teams traveling stayed in local hotels and campgrounds helping to generate revenue for the community, organizers said.

Information about the 2020 St. Lawrence River Dragon Boat Challenge can be found on the event’s website: www.slrdragonboat.com. The race date will be announced in the future.

For more information on being a part of the 2020 event, contact Claxton-Hepburn’s marketing & public relations department at 315-713-5251.