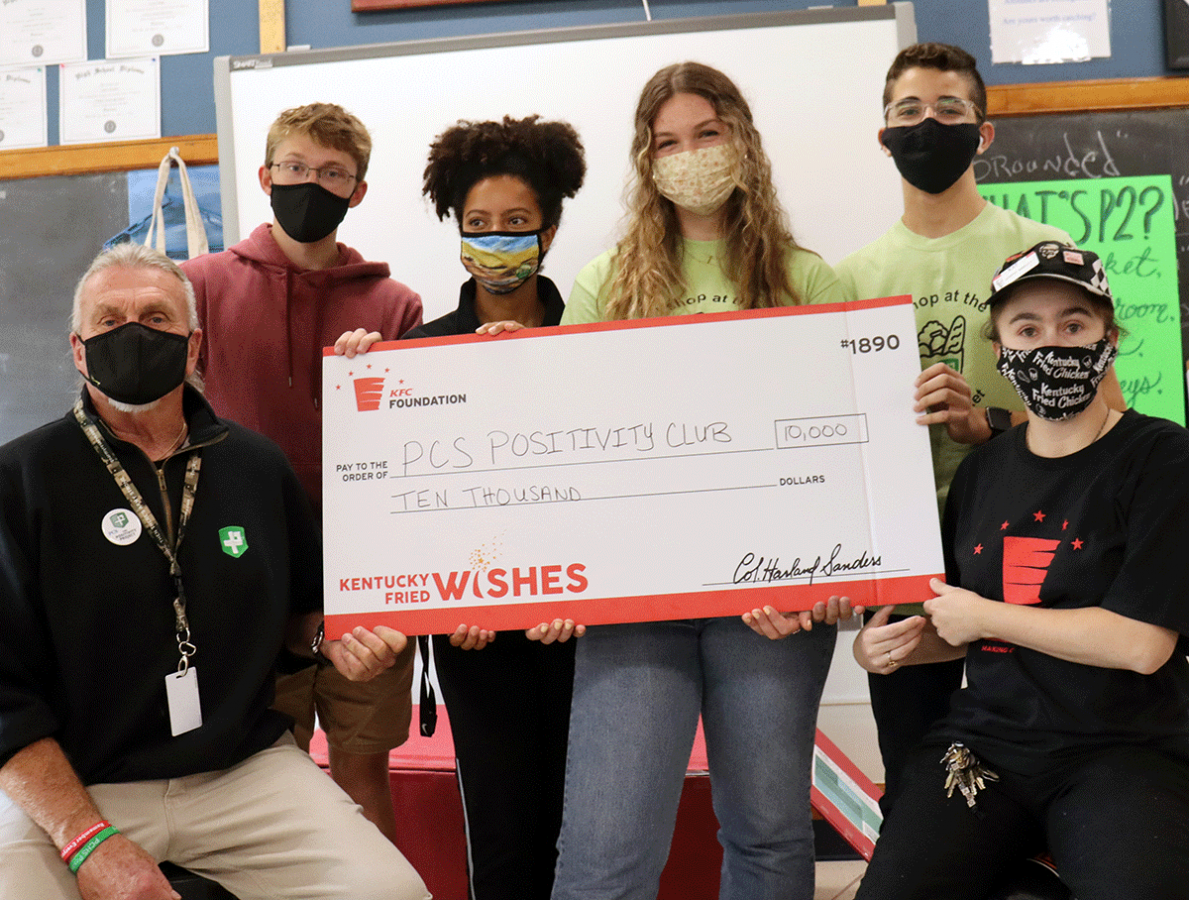 Positivity Club members will be teaching residents of four senior housing complexes how to order food online from the club’s P2 Food Market.

The club started its P2 Food Market seven months ago. The free food pantry was first available for students in the school. It has expanded to Potsdam community members.

“The Potsdam’s Positivity Club does so much to help so many people. We understand the struggles of families, and we would like to give back,” said Kat Pike, KFC general manager.

Pike recommended the club receive a grant from the KFC Wishes Foundation to Ray Aley, KFC franchise owner, who then submitted the nomination. Potsdam's Positivity Club was one of only 11 grants awarded, said Pike.

The grant will be used, in part, to purchase four Surface Pro computers with kiosks, one for each senior housing complex.

The weekly orders of food each person selects from the menu will then be brought to the housing complexes by the St. Lawrence County Office for the Aging.

“We are starting out at Midtown and Mayfield apartments, and we look to expand to other residential communities like Racquette Acres, Garden Estates, and Debra Drive in the future,” said Bou-Abdallah.

“Besides the grant money being used for computers, we also plan on buying food for one year from the Food Bank of Central New York. In addition to that, we plan on purchasing freezer-less refrigerators, where we will be able to store fresh vegetables from the high school greenhouse that we will eventually put up on our menu, so customers can also order fresh produce, also for free, every week,” he said.

“When we asked for personal hygiene products to be donated we received an overwhelming response from all three schools in the district. We received bins and bags full of items like shampoo, conditioner, body wash, and more. It's truly amazing to see how much people donated after just one week of the lists being put out,” said Bou-Abdallah.

“One of the best parts of the project is the communication between senior citizens and students,” said Dan Davis, Positivity Club advisor. “Another benefit will be students teaching computer skills to the seniors.”

“Former principal Mark Bennett was instrumental in getting the technology to get this project going,” said Davis, who also credited Bennett for the original idea of the food market.

The Positivity Club was selected because “it is making a tangible difference in the community,” said Davis.