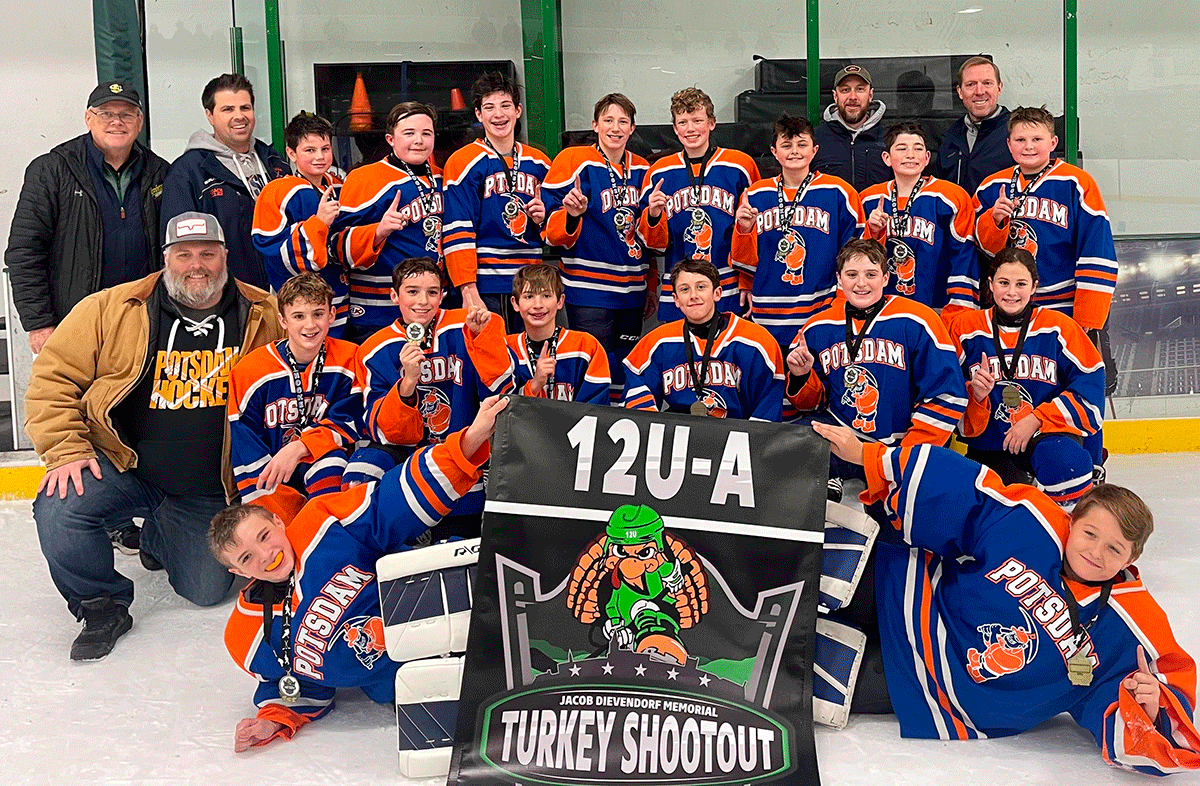 POTSDAM – The Potsdam Junior Hockey Association’s PeeWee hockey teams were each named champions of their divisions at the 2022 Jacob Dievendorf Memorial Tournament in Malone last weekend.

Potsdam’s PeeWee A team began the tournament with a 2-1 win over Malone on Friday afternoon. On Saturday, they took down Massena 5-1 before falling to North Country Youth Hockey 2-3. On Sunday, the team came back strong with a 5-3 win against Chazy, putting them in the final match against North Country. Potsdam won the championship game 2-1.

To kick off the tournament, the Potsdam PeeWee B Team defeated Sara-Placid 7-2 Friday afternoon. On Saturday, they fell to Chazy 5-4 after a tough match but returned later that evening to defeat Malone 2-1. The team wrapped up the tournament with a 3-1 win over Chazy in a nail-biting championship game. 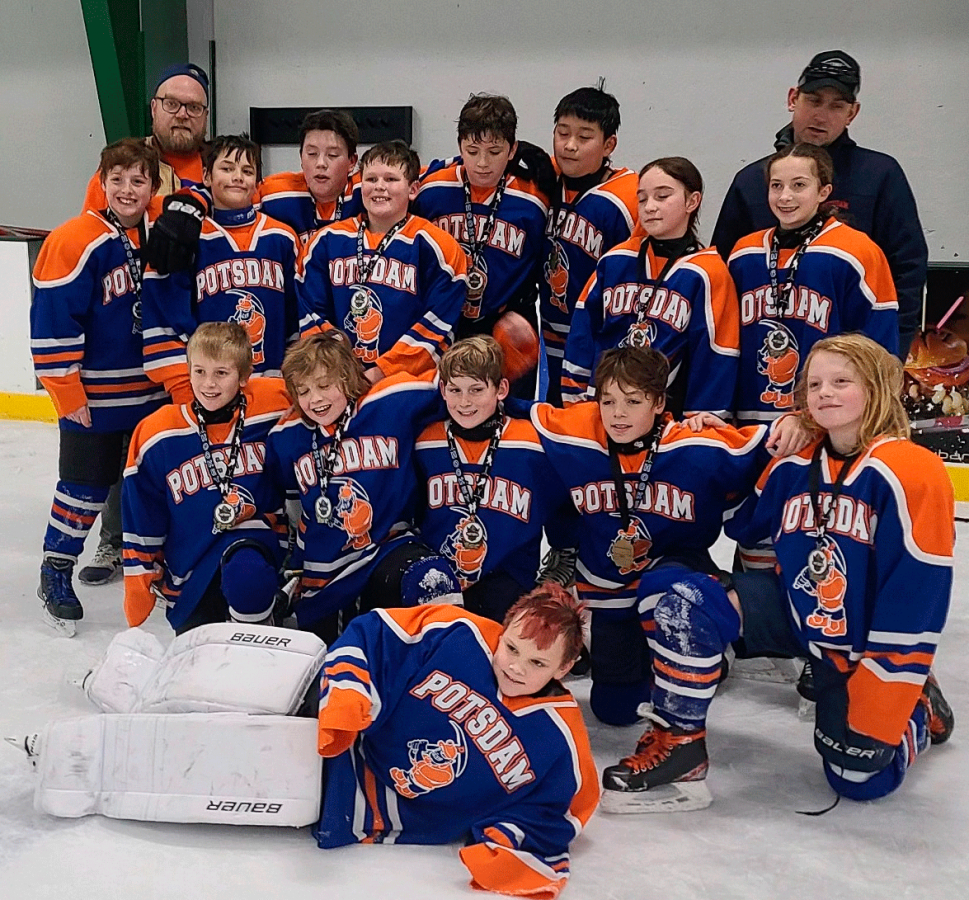