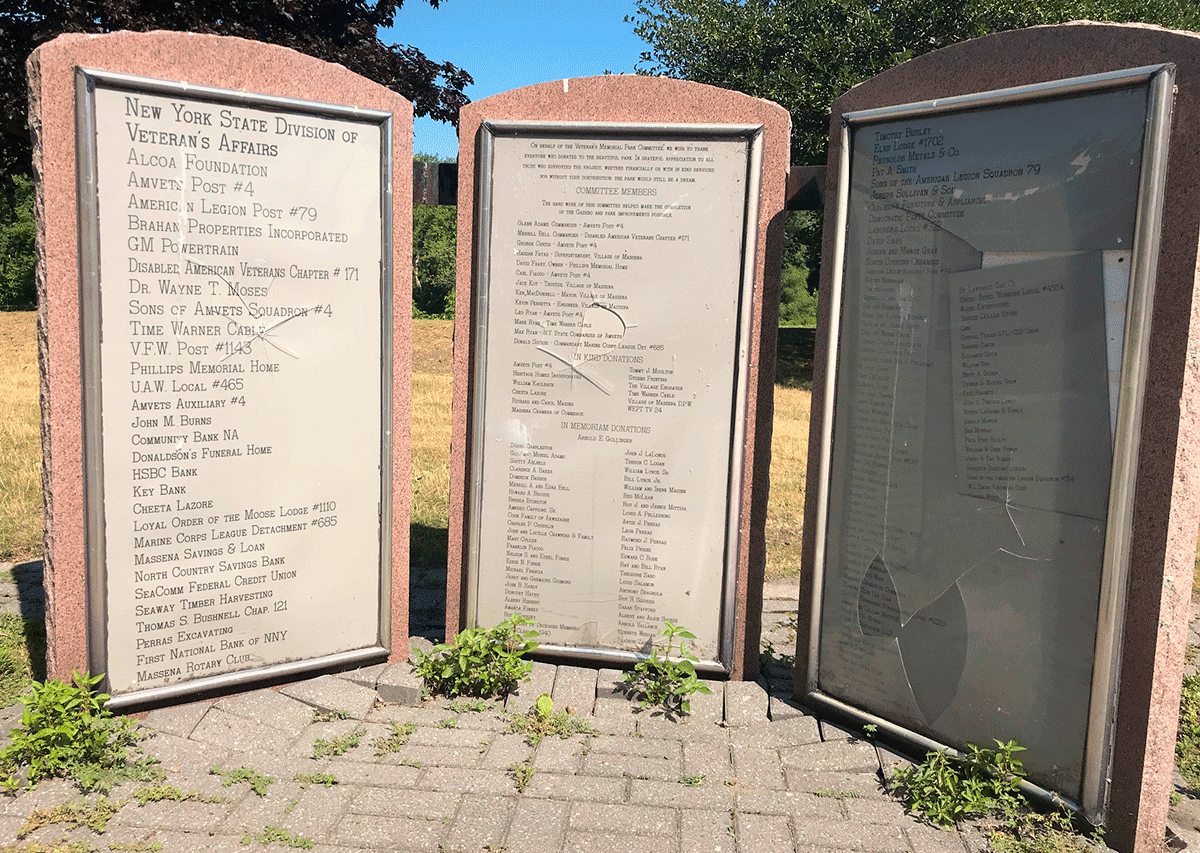 A veterans memorial was vanadalized in Massena recently. Photo by Cheryl Shumway.

MASSENA -- Massena police are investigating an act of vandalism at Veterans Memorial Park on Andrews Street.

The damage was reportedly done to the plexiglass on monuments that recognized those who contributed to improvements at the park.

Police said they do not have a timeline as to when the vandalism took place. They said they will review camera footage of the area.

An officer has been assigned and is investigating the incident.

Police are asking anyone with information about the incident to contact them at 315-769-3577 and give details to the dispatcher.

He said the left and middle panels “looked like a screwdriver or pellet gun or something” was used to break them, and the third was shattered with the donor names inside also damaged.

“That plexiglass, that’s hard to break,” he said.

He said the police are investigating but wasn’t aware of any suspects as of Thursday morning, July 9.

“For the Veterans Park it’s pretty sad people would do this. It’s for the veterans, the ones who died overseas for us, and the ones still dying for us. It’s sad someone would do that vandalism to the park,” Drew said.

He said they are looking at getting an estimate on the damage so they can see about repairs.