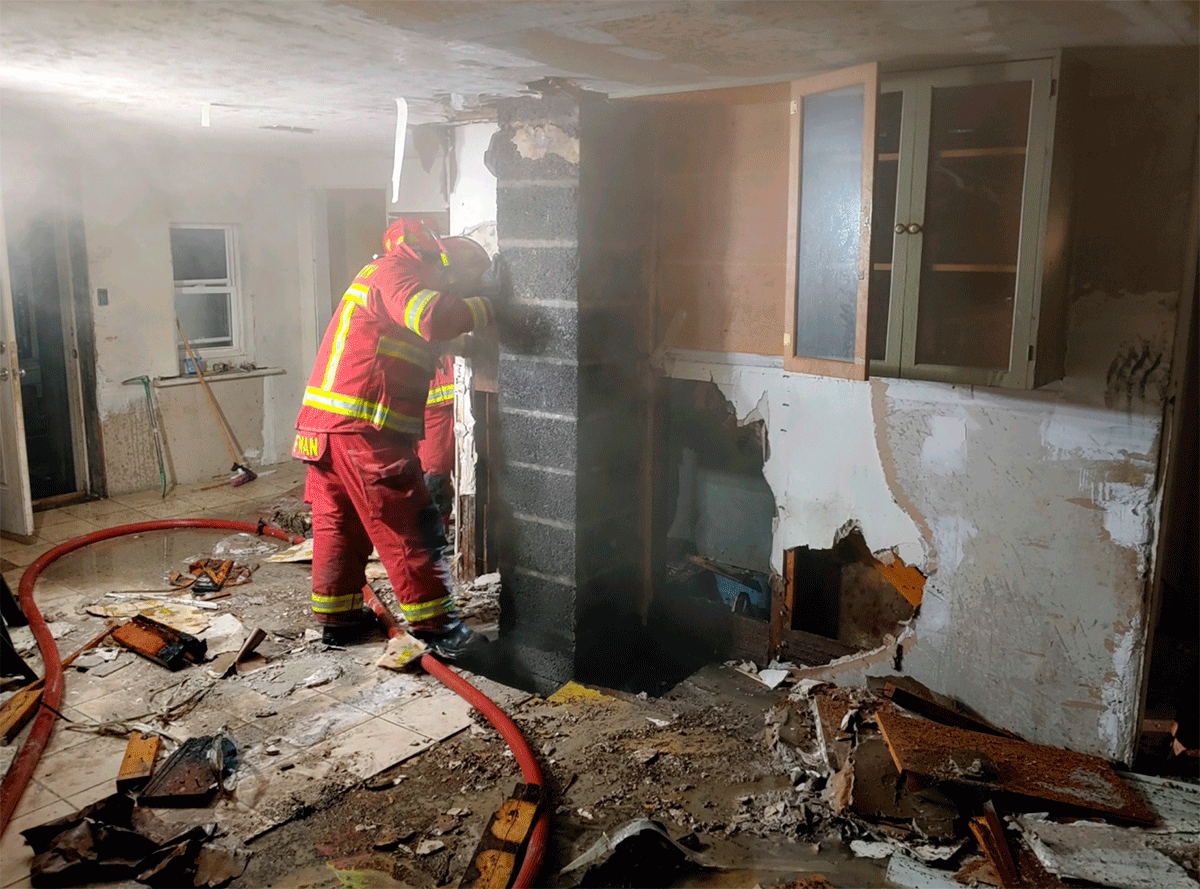 OSWEGATCHIE -- Morristown firefighters make a quick save of a home Wednesday night on McCormick Road.

Morristown Fire Department was dispatched to a reported structure fire around 8:40 p.m. and upon arrival, firefighters saw heavy smoke coming from the kitchen and basement areas, according to Morristown Fire officials.

After arriving minutes after the call, crews immediately went to work extinguishing the blaze, officials said.

The fire was first knocked down in the kitchen and later in the basement where firefighters encountered heavy heat and smoke at the seat of the fire.

Minor damage was done to the basement and kitchen.

"The interior crew did a great job knocking down the main fire within a few minutes of arriving on scene and then began overhauling the fire area to check for fire extension and hot spots.

Morristown fire was assisted on scene by Brier Hill Fire Department, Morristown Auxiliary, Morristown Junior Firefighters, and the Town of Oswegatchie with a sander.

No injuries were reported.