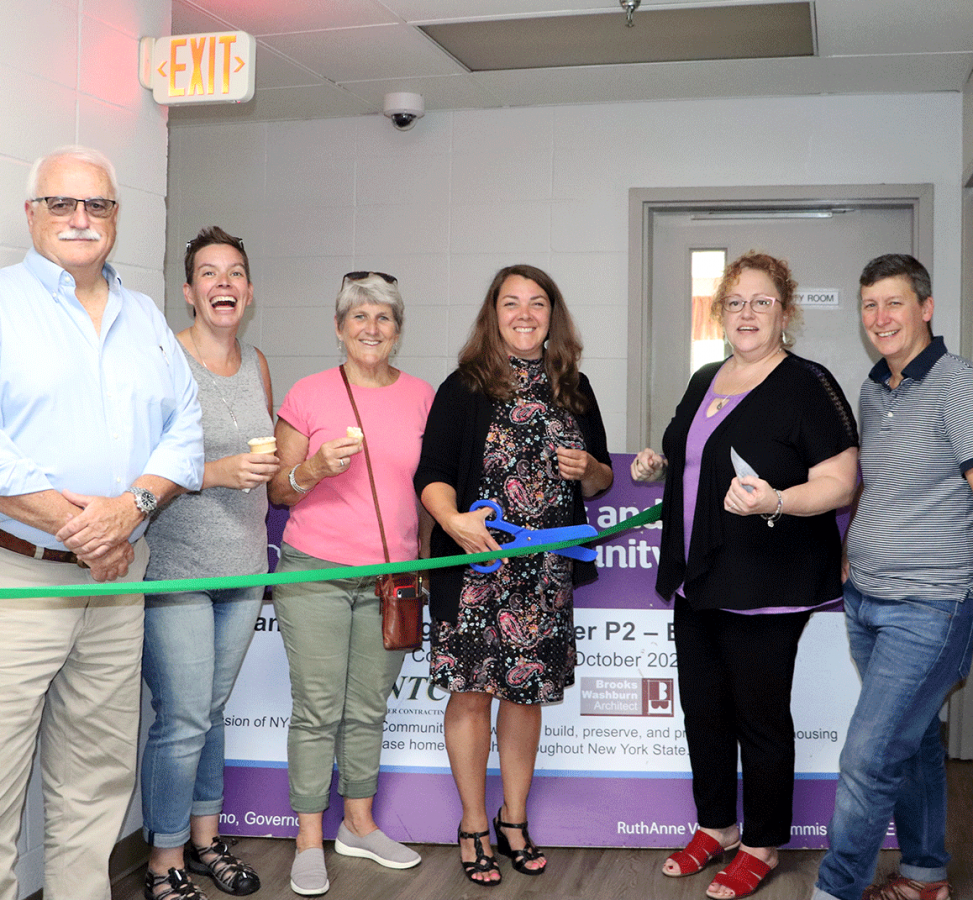 They now have faster, safer elevators, thanks to being newly refurbished, as well as free ice cream at a party to celebrate the occasion.

“We combined the ribbon cutting ceremony with an ice cream social for the tenants. It’s also a celebration that residents can get together again. COVID was even more difficult for residents here who could not even socialize with neighbors,” said Amanda St. Marie, Executive Director of the Canton Housing Authority.

“The elevators were 39 years old, nearing the end of their life,” she said.

The Housing Authority received a $300,000 grant from the Community Development Block Grant Program.

St. Marie said she worked with Leigh Rodriguez, Director of Economic Development, in getting the grant.

The total cost of the project was $447,000, including a hydraulic upgrade, said St. Marie. Northern Tier Contracting, Brooks Washburn Architect, and Elevattitt were hired for the work.