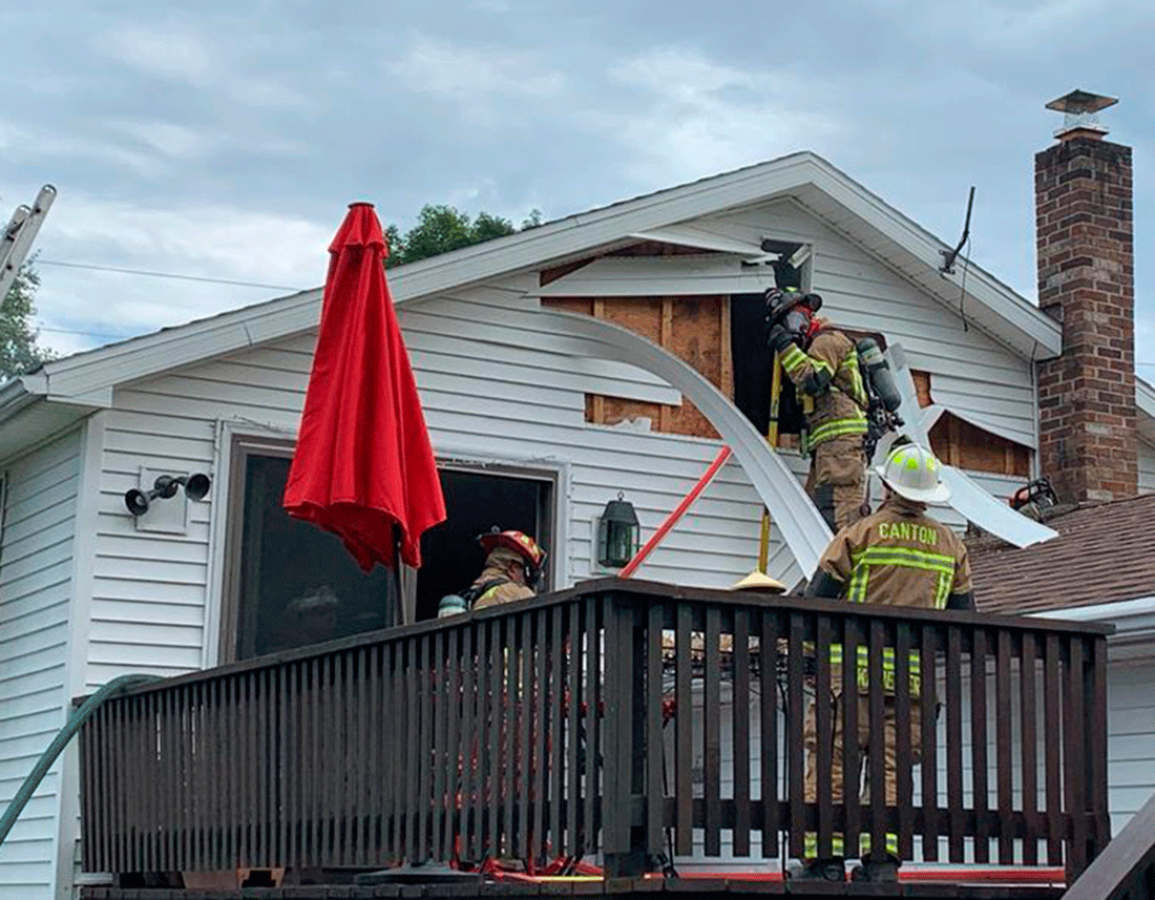 CANTON – Canton Fire was dispatched on Wednesday, Aug. 3, around 4:30 p.m. to 9 Stillman Drive for a report of a possible house fire, according to Canton Fire Chief Robert Crowe.

Chief Crowe responded and arrived on scene at 1630 reporting smoke coming from the attic vents and eaves of a two-story wood frame dwelling. He requested that a working fire be transmitted and National Grid be dispatched to the scene.

Engine 8, operated by FF/EMT Bobbi Snyder was enroute at 1632, arriving on scene 2 minutes later. A quick search of the house determined that no one was home and that the fire was in the attic.

Captain Tim Gavin removed the gable end vent above the attached garage to ascertain the conditions in the attic. He found a smoke condition with no flames visible. Captain Gavin, along with several other members, enlarged the vent opening to gain access to the attic and proceeded to search the attic for the seat of the fire.

Using one of the department's thermal imaging cameras, the attic crew was able to locate the fire in the area of the bathroom vent fan. A hoseline was stretched into the attic and the fire extinguished.

Crews on the second floor pulled the ceiling in the bathroom to ensure that the fire was completely out and that there was no further extension. Crews outside had laddered the roof, secured the utilities, spread tarps in second floor rooms to reduce property loss, positioned the Tower for use, and laid a supply line to the hydrant approximately 900 feet away. After the fire was out, members removed as much debris and blown in insulation as possible from the affected area.

Canton PD and SUNY Canton PD assisted on scene in the early search of the residence as well as securing the dog and cat that were home. Canton Rescue responded a unit to the scene, stood by to treat any firefighters should assistance be needed, and assisted with rehab of the firefighters given the heat and humidity at the time of the fire. The command staff from Pyrites Fire were in the area and also assisted on scene.

The cause of the fire remains under investigation by fire department investigators. No injuries were reported and all units were back in service at 1824 hours.