Construction begins on $3.5 million Canton McDonalds; opening could be in August 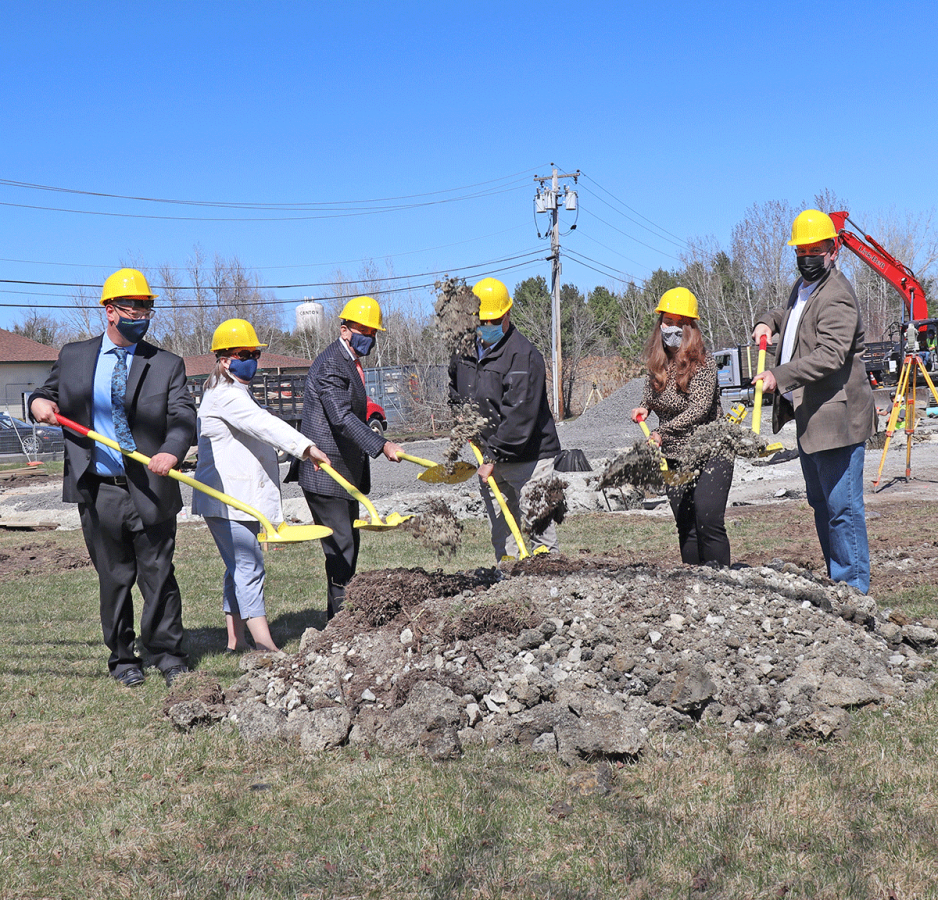 CANTON – A new McDonald’s Restaurant may open as soon as August in the Price Chopper parking lot.

Construction crews began work this week for the 4,400 square foot facility, and local dignitaries were on hand for the official ground-breaking took place this morning.

“This is important to us. We’ve been waiting a long time,” said Mayor Michael Dalton. “We’re tickled to see you here and having McDonald’s coming back.”

The original Canton McDonald’s at 64 Main St. was closed in 2015 by McDonald’s Corporation due to “underperformance” due in part to a lack of a drive-through window. It was one of more than 100 restaurants shuttered for similar reasons that year.

Plans for the new McDonald’s at 111 East Main St. were first proposed back in late 2014 but the project never moved forward until 2019, when plans were approved by the St. Lawrence County Planning Board

Burgazoli and Ross said the new restaurant will “have all the bells and whistles,” including kiosk ordering, a double drive-through and an outdoor patio. The building will take the same modernistic style of many recent McDonald’s overhauls.

Ross said the $3.5 million facility is expected to employ 65 to 75 people. The site plan describes the building as being 22 feet high, with 30 parking places, built on 0.936 acres. It is in the southwest corner of the 7.48-acre Price Chopper lot, with Mountain Mart to the west and Monroe Muffler to the east.

During peak a.m. hours, the new restaurant is expected to draw about 200 vehicle trips through the dual-lane drive-through according to the site plan presented to county officials in 2019. The building itself will have more than 87 seats, the site plan indicates.