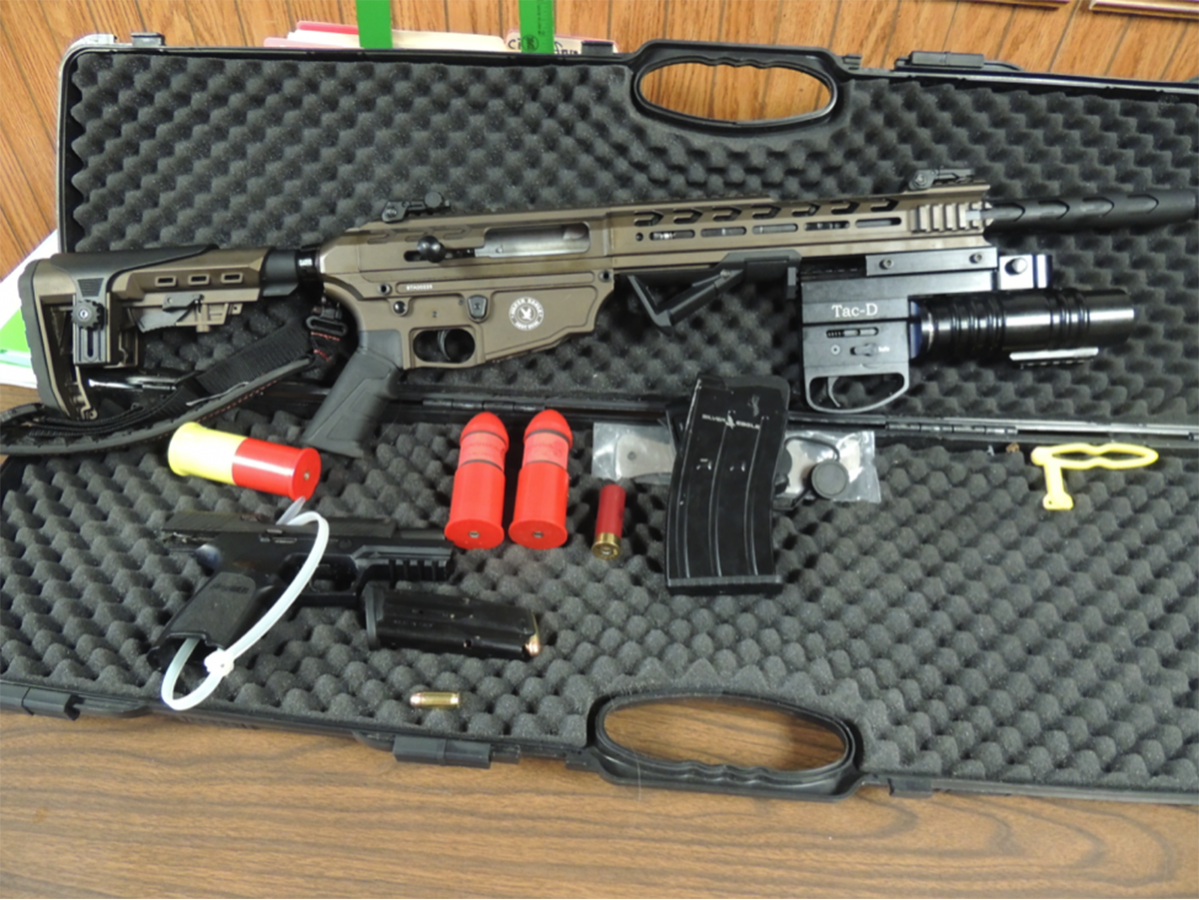 OGDENSBURG — A city police investigation led to two arrests after officers found a semi-automatic shotgun with a grenade launcher attachment.

On July 14 Ogdensburg Police Department attempted to stop a vehicle and its occupants on South Water Street in the City of Ogdensburg.

The driver of the vehicle was Curtis A. Redmond who fled from officers into a wooded area. Redmond was wanted on a St. Lawrence County Court Bench Warrant at the time of the incident.

A multi-agency search for Redmond was conducted in the South Water Street area utilizing the Ogdensburg Police Department’s K9, search teams on land and on a boat in the Oswegatchie River.

During the investigation a loaded semi-automatic 12 gauge shotgun with an attached grenade launcher, and concussion explosive munitions, along with a loaded .45 caliber semi-automatic pistol were located in the vehicle.

Redmond was located in the wooded area and was arrested.

The passenger in the vehicle was also charged.

The Ogdensburg Police Department was assisted by the St. Lawrence County Sheriff’s Office, the New York State Police, the U.S. Border Patrol and the citizens of Ogdensburg who graciously offered their boat to be utilized by officers.