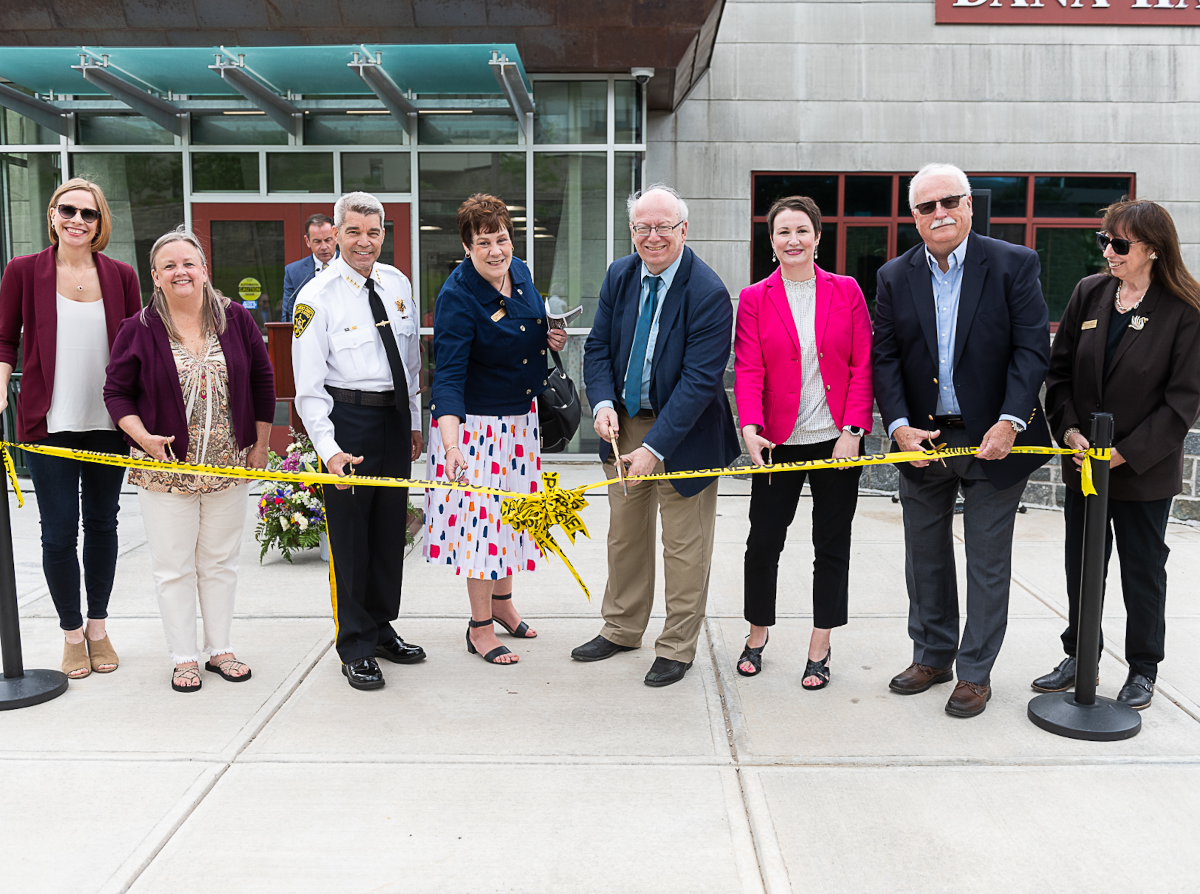 The hall is the new home of the college's Center for Criminal Justice, Intelligence and Cybersecurity (CJIC).

"Dana Hall used to be our athletic building," noted SUNY Canton President Zvi Szafran. "When the Roos House Convocation, Athletic and Recreation Center was completed, lots of people wondered what the future would hold for Dana Hall. It's now a fully modernized and complete campus and public safety facility."

"Four years ago, I approached the president with a dream of developing a Center for Criminal Justice, Intelligence, and Cybersecurity," said Professor Elizabeth A. Brown, Ph.D., who teaches in the college's Criminal Justice and Criminal Investigation programs. "Now we have a place to house similar programs, share course offerings, collaborate on new initiatives and expand our partnerships within the community, New York State and beyond."

"SUNY Canton is an integral part of the village," said Canton Mayor Michael E. Dalton. "It's been a pleasure to see the college's vision to create the Roos House, Kennedy Hall, Miller Campus Center and now the restoration of this building."

Dalton said SUNY Canton's impact on the area cannot be overstated. "We depend on this programing to protect our community and many others across the State."

The building retained its original Alumni Gymnasium, which includes the college's historic full-size court for basketball, volleyball and intramural activities.

Canton Town Supervisor Mary Ann Ashley is a 1979 graduate of SUNY Canton who earned her two-year degree in Criminal Justice. She commented on the amazing level of growth of all the academic programs within the CJIC.

"The Criminal Justice program, and all of the college's programs, have changed dramatically to meet the education and labor needs of our communities," Ashley said. "Safety, security and service to others is critical in today's world."