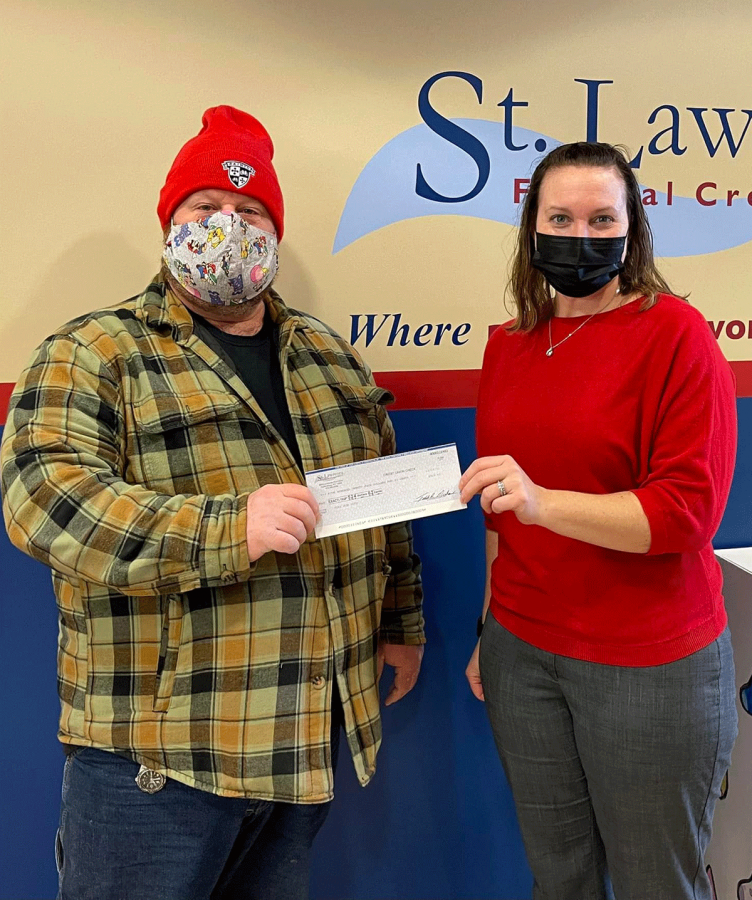 Several local charities, including Neighborhood Centers, Toys for Tots and the Ogdensburg Boys and Girls Club, and libraries received thousands of dollars in donations from St. Lawrence Federal Credit Union this past holiday season.

A $500 donation was given to support the Ogdensburg Boys and Girls Club.

Other charities who were given support were the St. Lawrence Arts Council and North Country Children’s Museum.

“The vital support these organizations give our communities is appreciated,” said Tacchino.

The credit union operates offices in Canton and Potsdam as well as Ogdensburg and Heuvelton.