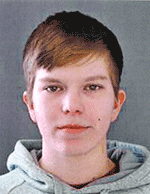 The charge stems from when police say they executed a search warrant at 145 County Rte. 18 in DeKalb Junction on Feb. 6.

Mann was arraigned in Hermon Town Court and released on her own recognizance, pending further court action, police said.