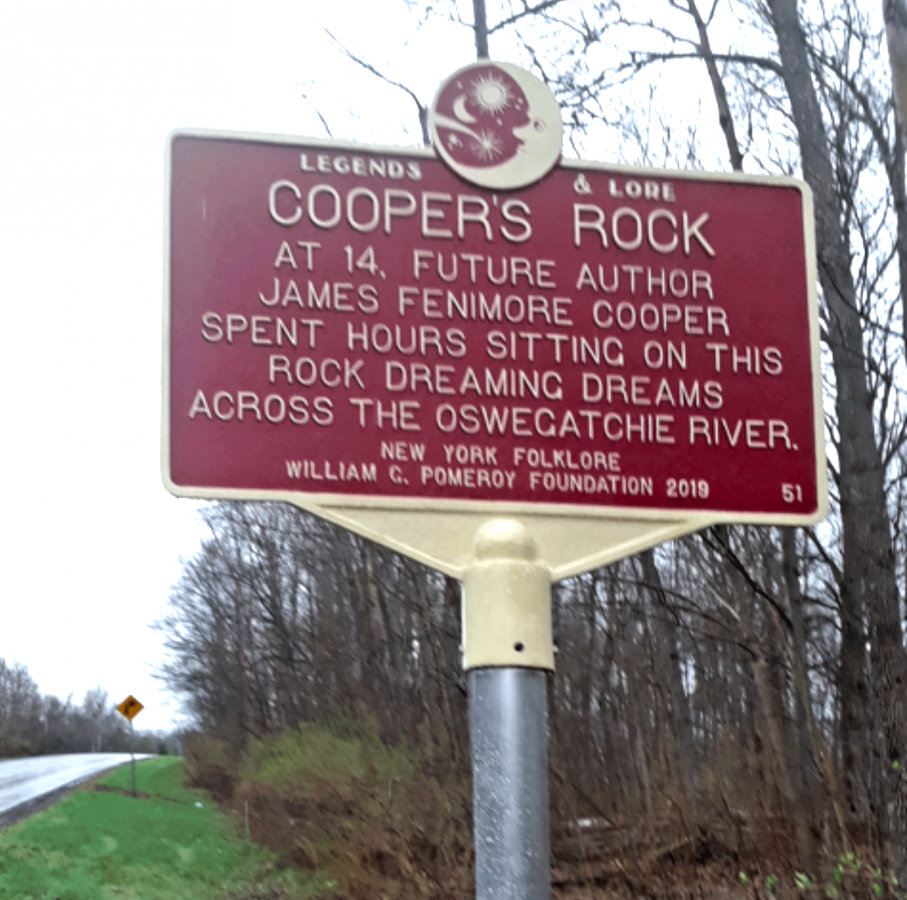 This roadside ‘Legends and Lore’ marker notes a story about James Fenimore Cooper in DeKalb as a boy. Photo submitted by Linda Batt.

DEKALB – A new roadside marker on NY Route 812 brings attention to a rock some believe American author James Fenimore Cooper sat on as a boy and contemplated his famous stories.

The roadside marker, funded by the William G. Pomeroy Foundation in cooperation with the New York Folklore Society, is one of a series commemorating New York State’s local legends. A grant for the marker was obtained by the Town of De Kalb historian.

In August 1904 the Syracuse Herald ran a story about the deserted village of Cooper’s Falls. The article was illustrated with photographs including one of Cooper’s Rock. The reporter claimed Cooper, at 14, had visited the site in 1804 and was supposed to have sat upon the huge glacial boulder and dreamed of his future novels while gazing across the Oswegatchie River, according to Linda Batt, who sent us the photo of the marker and the background information.

The article was soon reprinted in several St. Lawrence County newspapers. But a follow-up article disputing the claim was printed soon after.

There is no evidence that James Fenimore Cooper ever visited the Town of De Kalb, Batt said. However, once published, the story became a local legend that has been passed down from generation to generation.