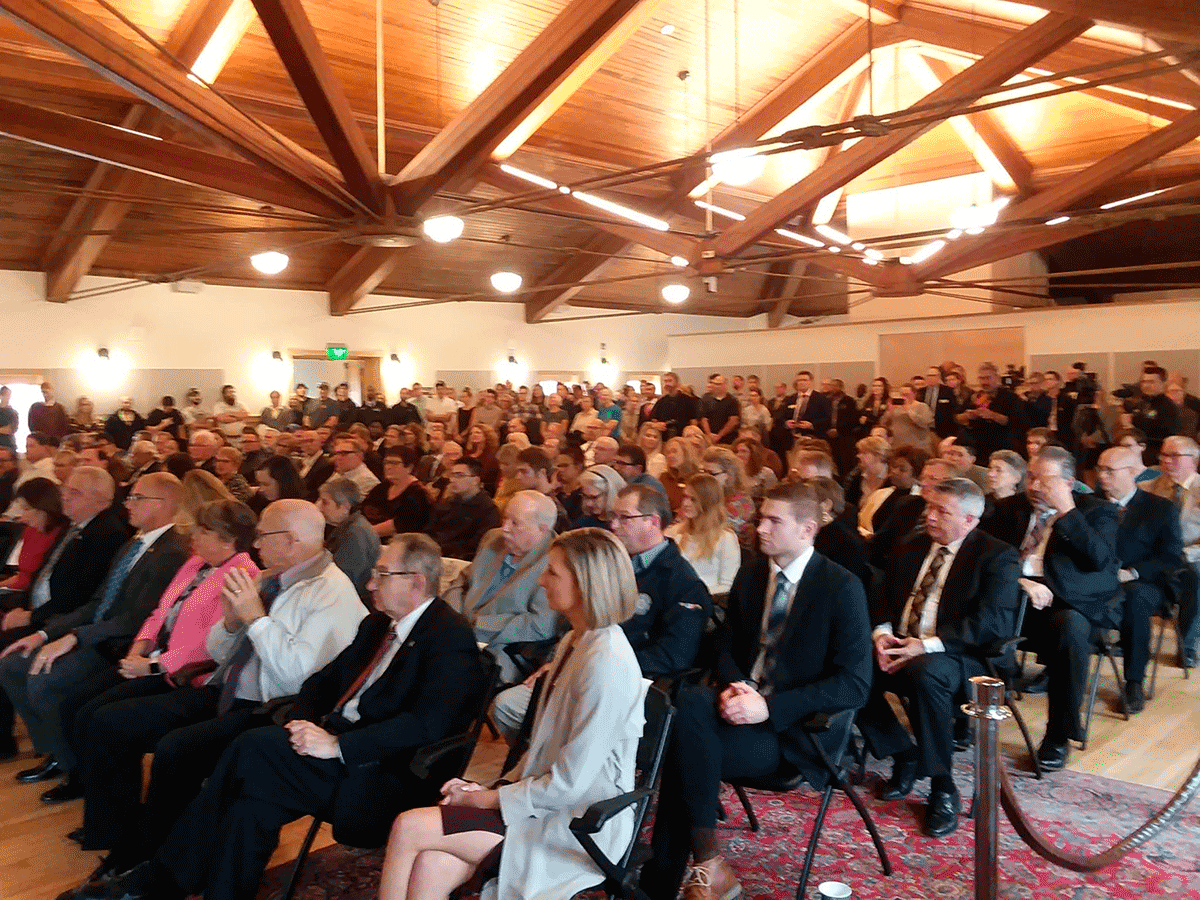 POTSDAM -- Potsdam will receive $10 million to help breathe new life into the village.

Well over 200 people packed in to Clarkson's Old Main Building as Lt. Governor Kathy Hochul visited today, Oct. 22, to announce the village had won the downtown revitalization initiative funding. The governor’s DRI program has been referred to by many as the “Hunger Games” due to the nature of the competitive granting process, which has a few big winners and many losers.

Competition for the grant was stiff, with Potsdam competing against Massena, Ogdensburg and Canton in St. Lawrence County as well as many other municipalities throughout the North Country Region.

Hochul said the DRI program is a way to "right the wrongs of the past" by ensuring the North Country is not forgotten by Albany.

"This DRI process has challenged our community to dream big, and we have. Today those big dreams are coming true. This 10 million dollar grant will help us realize our transformational vision for the future of Potsdam. We did it," Potsdam Mayor Reinhold Tischler said at the event following the announcement.

This year marks the fourth award in an annual series of 10 $10 million grants, one to a municipality in each of the state’s Regional Economic Development Council zones.

Emphasis in Potsdam’s application was placed on ideas to develop the village’s standing as a center for arts, culture, education and outdoor recreation through expansion of the North Country Children’s Museum and rejuvenation of Clarkson University’s Old Snell Hall downtown, including its theater.

The building is in line for a revival with market-rate and medium- and low-income apartments through a plan being developed by The Vecino Group, which seeks funding.

The application also called for “streetscape” enhancement on Market Street and a pedestrian bike trail along the river.

The village’s streetscape plan, including decorative paving treatments and a possible road roundabout, plantings, and LED street lighting, has long been in the works for the village, and funding has been sought through the DRI.

Other ideas in Potsdam’s DRI plan include funding the village’s program to repair façades on downtown buildings and financial assistance for more extensive renovation and repair for older commercial and mixed-use buildings.

Financial support is also being sought for startup or expanding knowledge-based or new technology companies being developed in Clarkson University’s Small Business Incubator, intended to put the fruits of research into the marketplace.

In the North Country Region, Plattsburgh won the award three years ago, Watertown in 2017, and Saranac Lake took the prize in 2018.