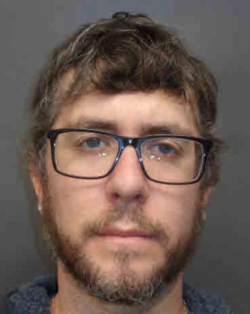 POTSDAM — A Potsdam man was arrested by local and federal authorities on a child pornography charge on May 11.

Jerod R. Schaffer, 39, was arrested by Potsdam police and Department of Homeland Security Investigations at 79 1/2 Elm St. on the charge of receiving child pornography.

The arrest and charge follow the execution of a federal search warrant of Schaffer’s residence.

“The Potsdam Police initiated a joint investigation with our federal partners after receiving information indicating Schaffer was involved in illicit sexual behavior involving a child,” Potsdam Police said in a report issued May 12.

After being charged, Schaffer was held on a federal detainer at the St. Lawrence County jail pending transfer to a federal facility.

Schaffer is already a registered sex offender with a designation as a “sexually violent offender” with a level 2 risk, according to the NYS sex offender registry.

According to the registry he was convicted in 2014 of Attempted Sexual Abuse 1st:Person Incapable of Consent-Physically Helpless and served 18 months in state prison, the registry said. The victim at that time was an 8-year-old girl.