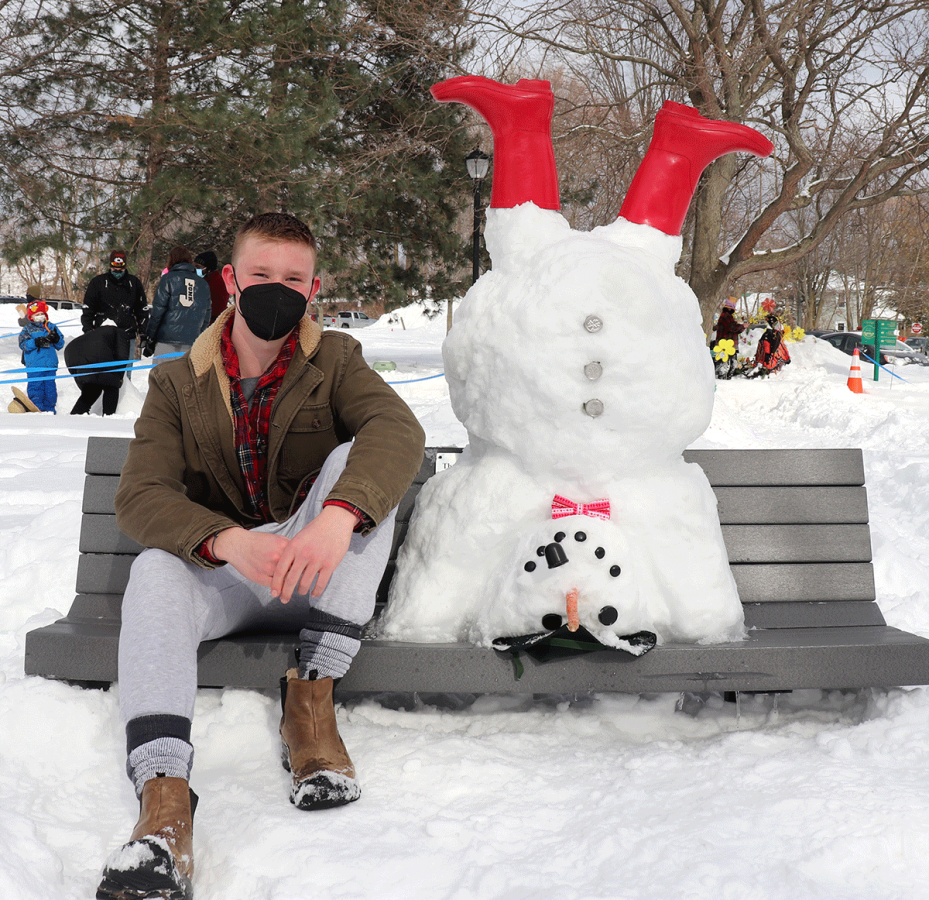 Theo Hughes, Potsdam, sits next to his family’s snowman standing on his head that won Best in Show at Potsdam’s Snowman Festival. Other family members who built the snowman were Owen, Isaac, Nick, and Megan. NCNow photo

The snow creations included snowmen adorned with spring flowers and Monarch butterflies, beach attire and Mardi Gras décor. Among other sculptures were a Mars rover, dragon, rhinoceros and a duck family.

Although there was an abundance of snow, many participants used water to pack together the difficult, fluffy snow. Also used were dyes and miscellaneous accessories to add creativity and color to their creations.

Together, these organizations created a safe way during the pandemic for community members to have fun during the winter months Socially distant workspaces were set up for participants as they built their snow creatures. Teams were required to be members of the same household and masks were required.

Awards were presented in several categories. ‘Best in Show’ was given for a snowman standing on his head by Theo, Owen, Isaac, Nick, and Megan Hughes of Potsdam.

‘Most Unique’ was awarded to Norwood artists Kris Rozell and Shelley Mae Bartlett for their “Think Spring” theme, including a Monarch butterfly snowman.

‘Most North Country’ went to a model of the Ives Park gazebo, made by Team McKenna: Matt, Maggie, Charlotte and Penny McKenna, Bob and Fran Moore and Sherri Hewitson.

Clarkson students Christian Cass and Gaganjot Sekhon were thinking warm weather thoughts with their beach snowman that won ‘Most Comical.’

‘This was the first of an annual event. We hope to expand with other evening activities next year,” said Sharon Vegh Williams, Executive Director of North Country Children’s Museum.

The community is encouraged to visit Ives Park, behind the Clarkson Inn on Main Street, to see the snow creations. The sculptures are illuminated for nighttime viewing as well. 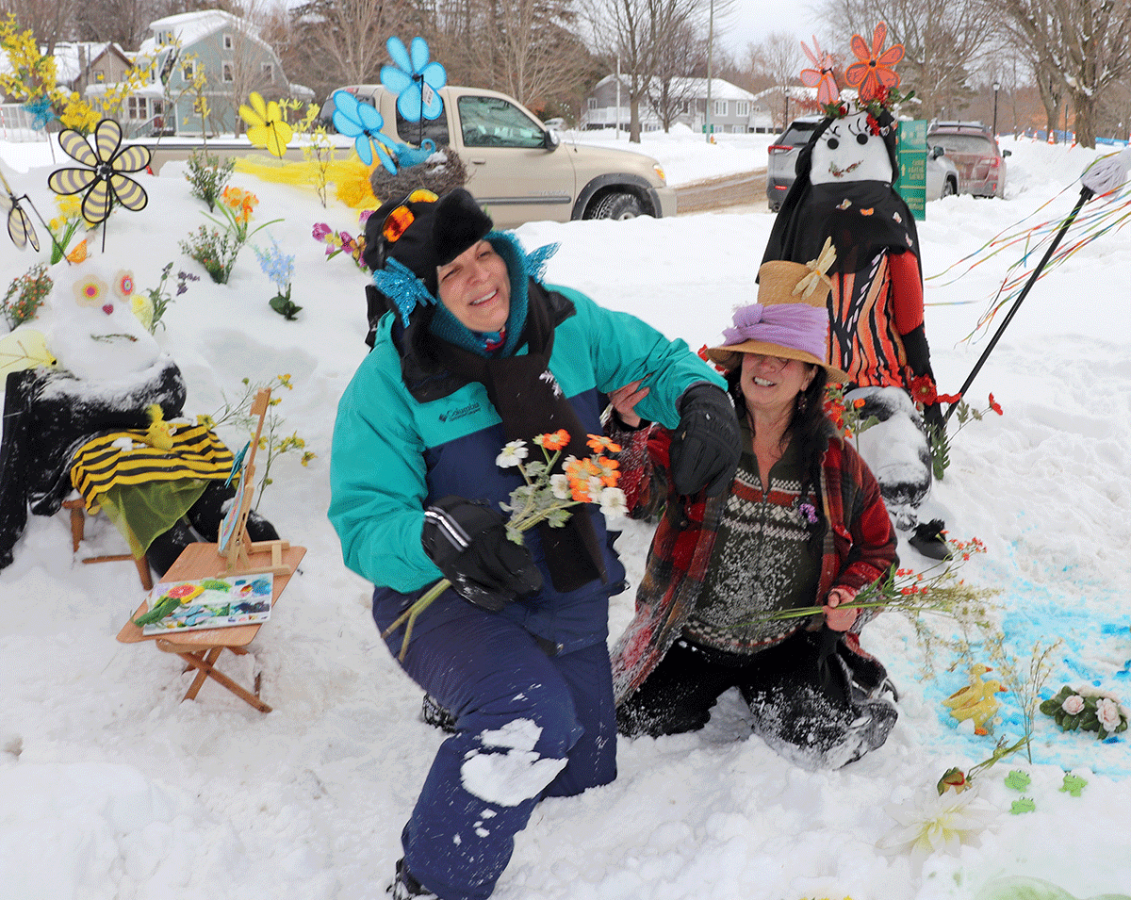 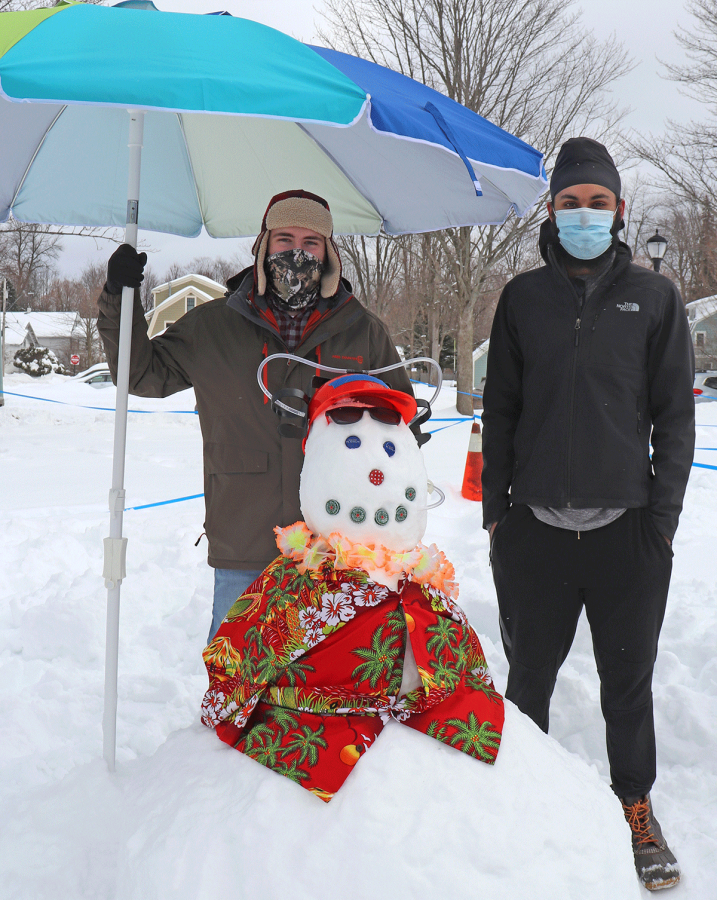 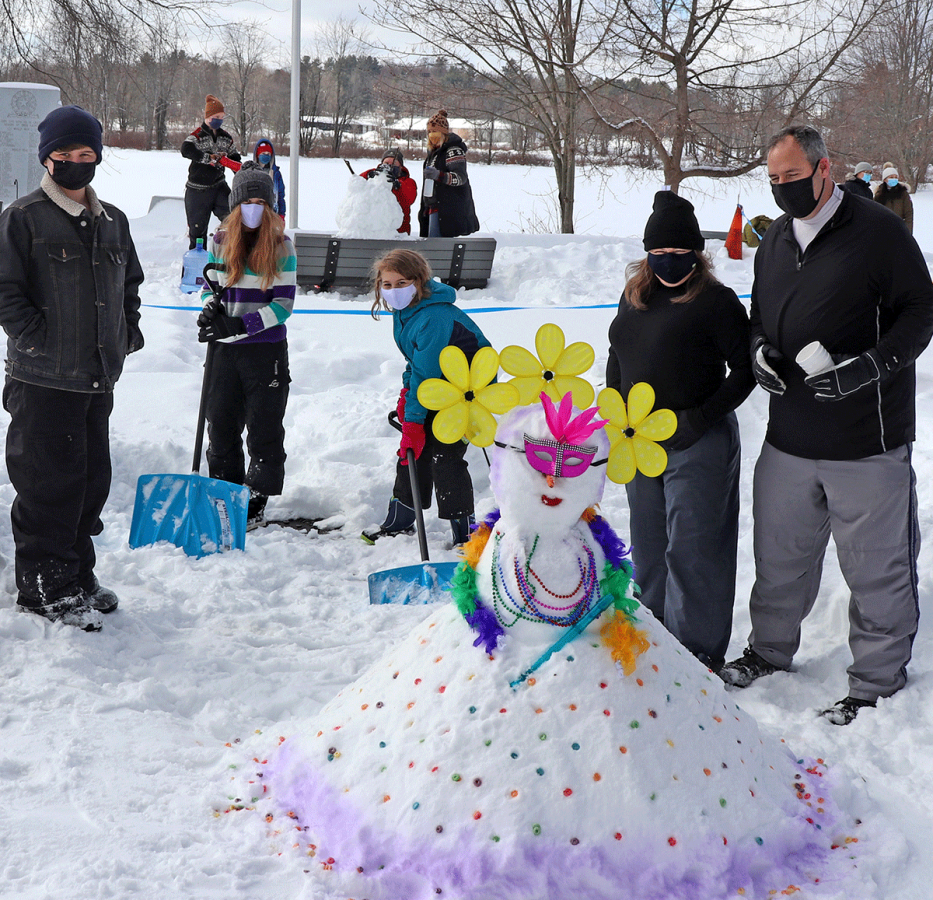 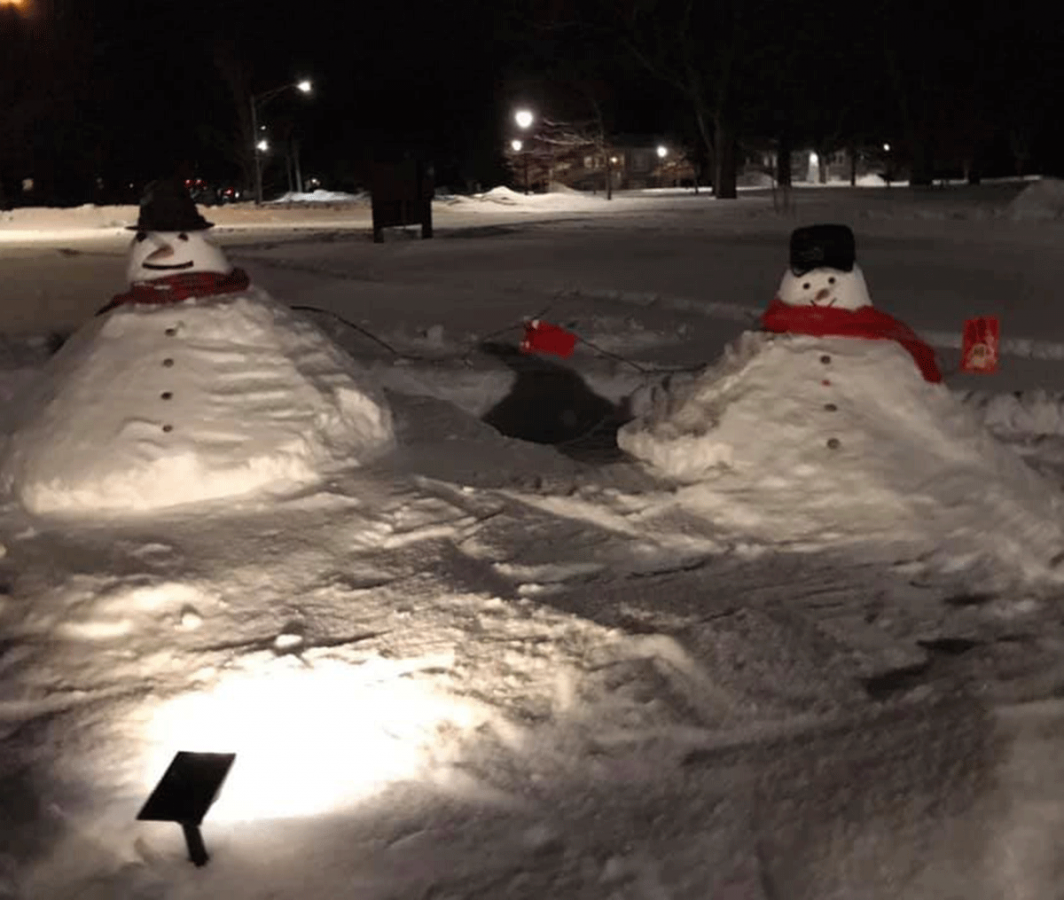 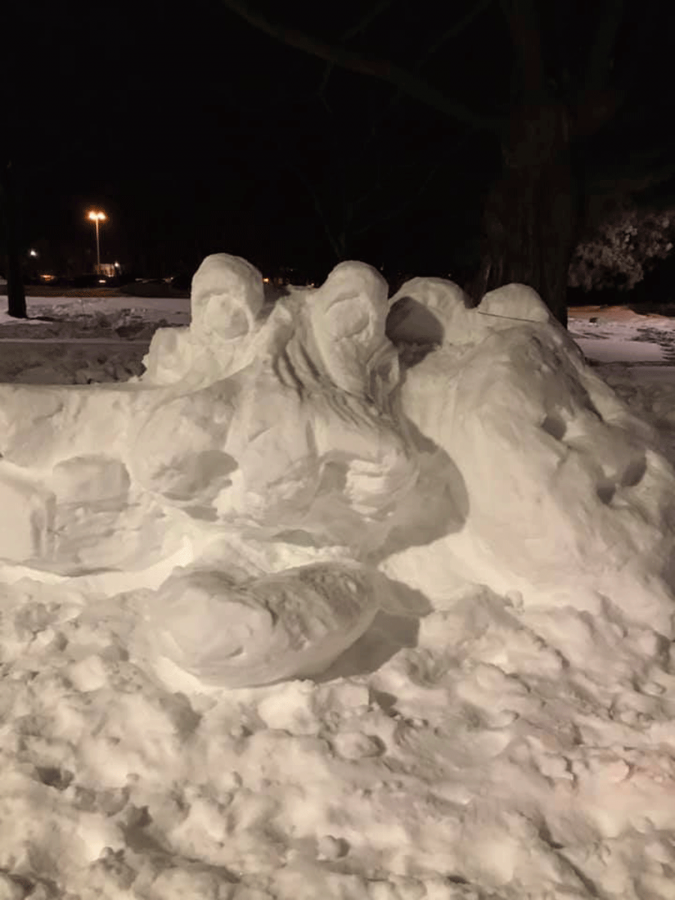 ‘Most artistic’ award was given to Potsdam residents Andrew Norrell and Amanda Wilson for their snow creature. Photo courtesy of North Country Children’s Museum. 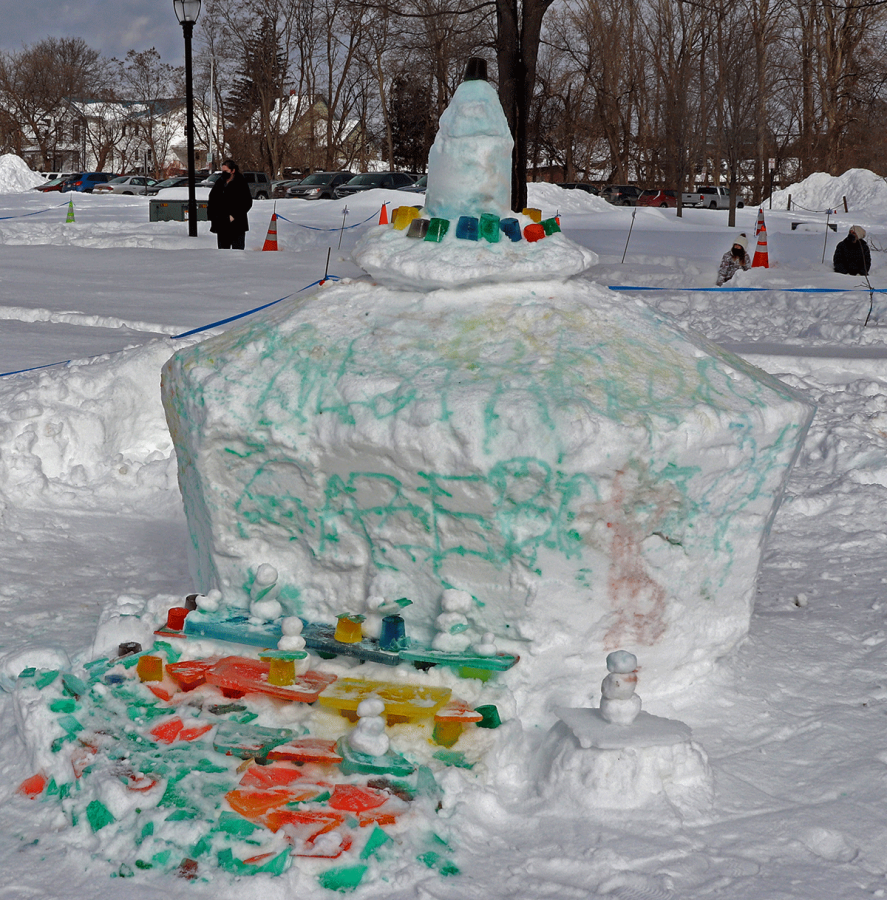 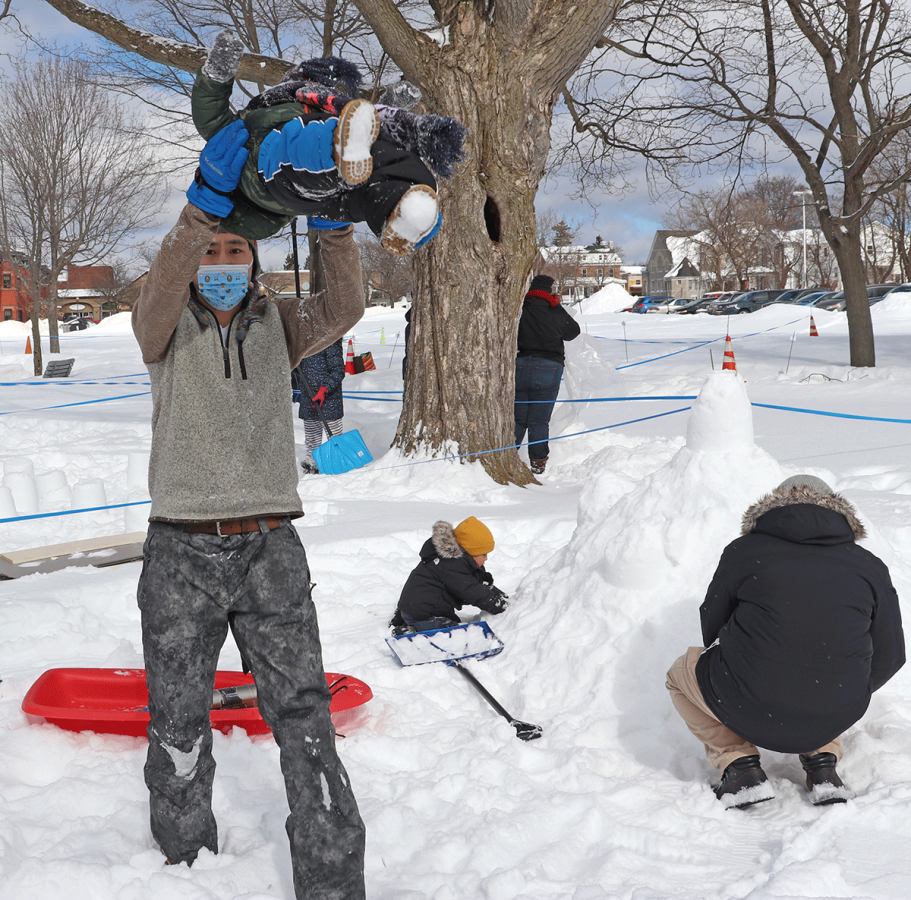 Fengbin Huang tosses his son, Lewis, in the air as they take a break at Potsdam’s Snowman Festival in Ives Park, Saturday, Feb. 20. The Huang family was building snow sculpture of Perseverance, the Mars rover that just landed on Mars. NCNow photo 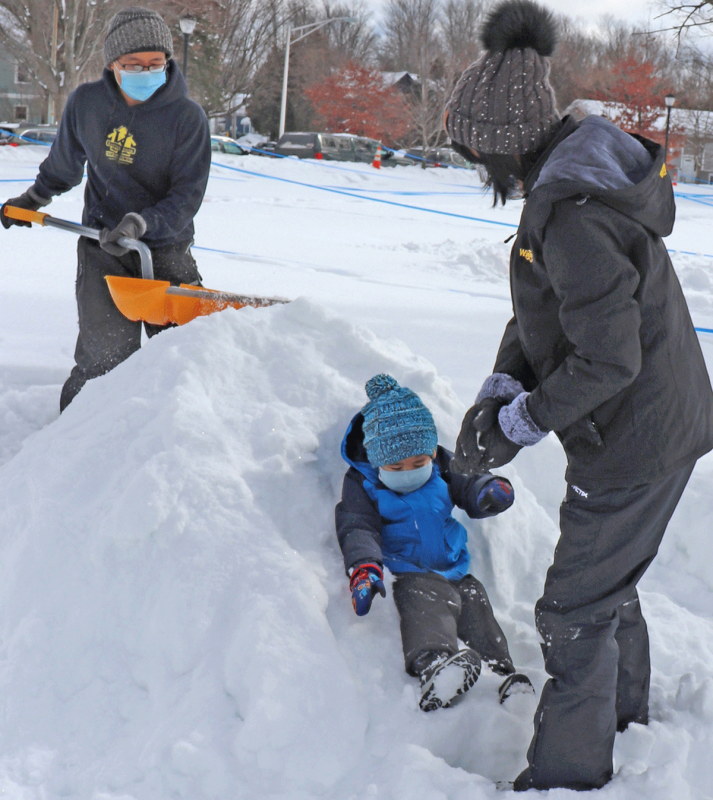 Shogo Nakao slides down a pile of snow while working with his parents Shun and Naoko Nakao to create a snow sculpture at Potsdam’s Snowman Festival in Ives Park, Saturday, Feb. 20. NCNow photo 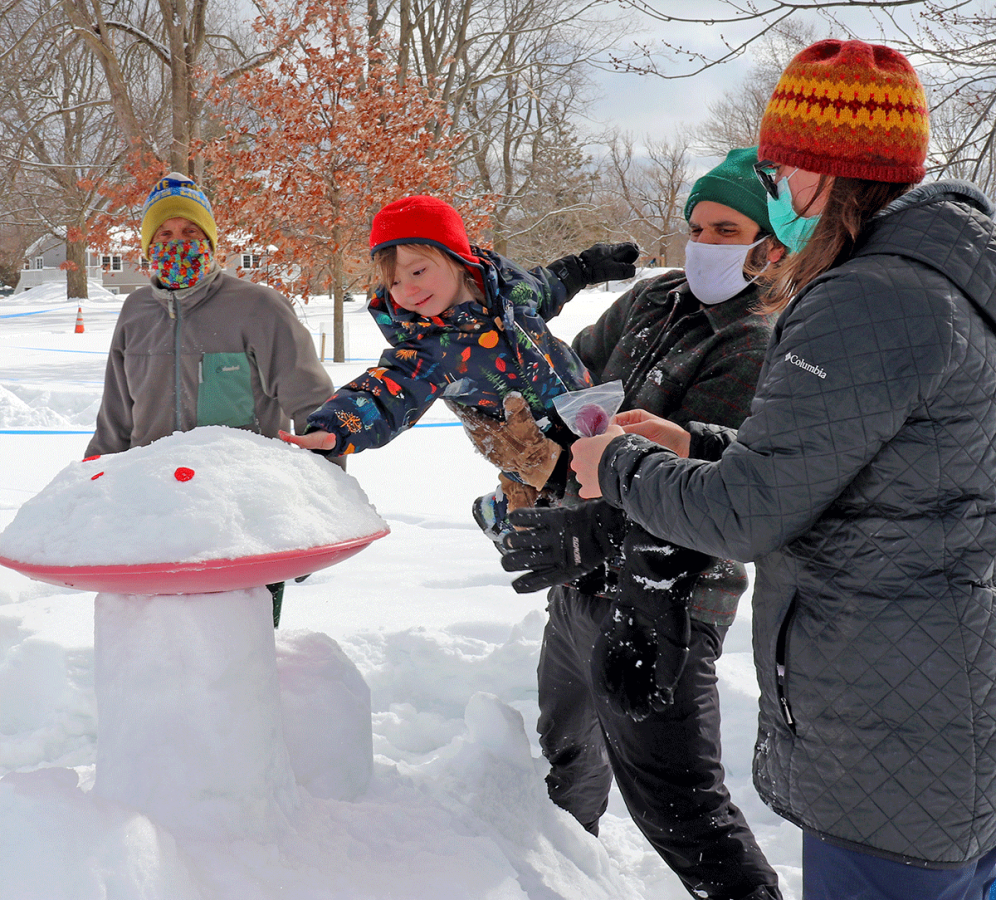