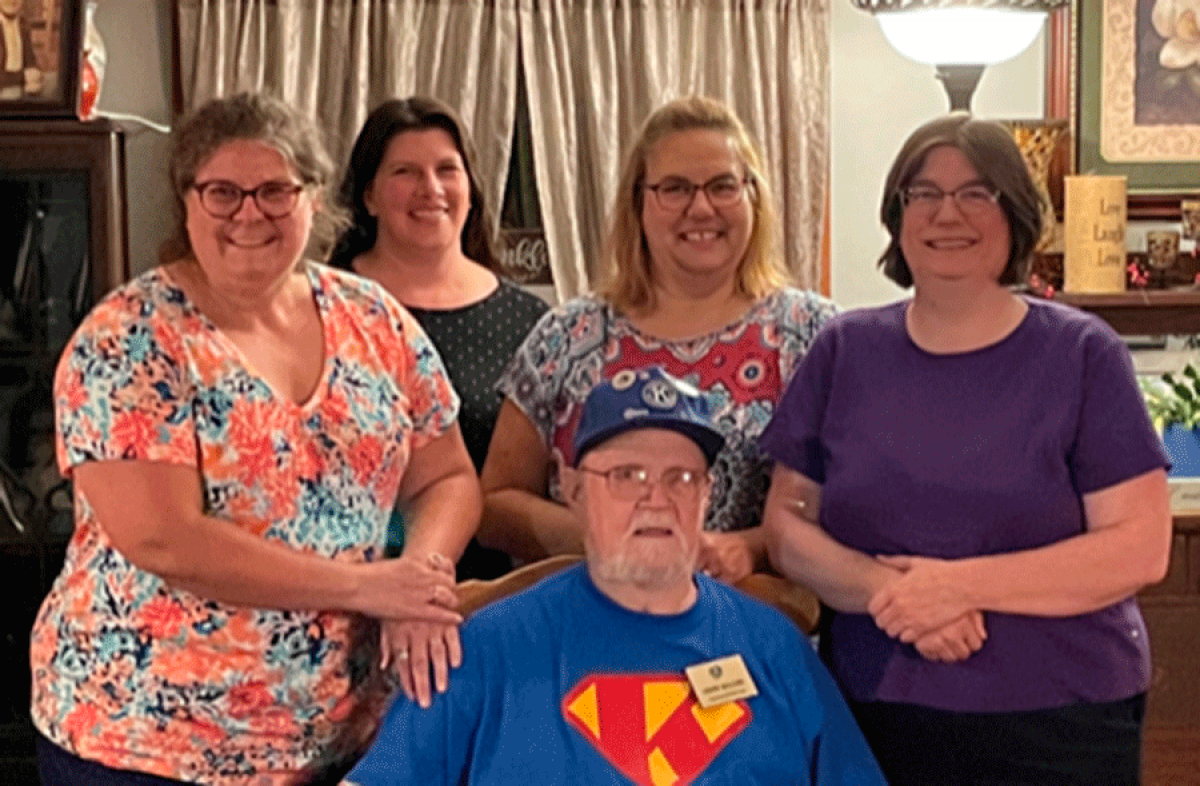 POTSDAM – After nearly 34 years of serving the Potsdam and Parishville communities, the Kiwanis Club of Potsdam held its last and final meeting Tuesday evening, Sept. 13, 2022. Like its companion Kiwanis Clubs of Massena and Canton, due to extreme low membership and internal support, the remaining five dedicated members voted to dissolve its charter with Kiwanis International Inc. come Sept. 30, 2022.

Some history about this valued community service Club. In 1988 through the efforts of Joseph Swan and Carla Ingram, they recruited 25 members via “knocking on doors” and pitching their purpose to become a chartered Kiwanis Club August 29, 1989; with the help from then State Kiwanis Governor Steve Scharoff, to build and create a new Potsdam Kiwanis Club.

The first Charter Members were Nancy Griffin, John Basham, Carla Ingram and numerous others; however after a few years some inactive charter members were replaced as new members were recruited and received. Volunteering was the main stream in developing this valued organization serving children’s needs and development.

Kiwanis Clubs are the largest service organization in over 100 countries worldwide. Communities that have a Kiwanis Club within, have a blue and gold circle placard with a large letter K centered with lettering Kiwanis International. It’s usually visible with other organizational placards and/or logos along highways leading into a community.

The new Potsdam Kiwanis Club became well known, especially cleaning up the streets after a night of Halloween celebrations, which merchants participated in each year on Market Street, passing out candy for kids and special offers for adults in costume. Often as many as 200+ children and grown-ups in costume knocked on doors saying, “Trick or Treat!” The new Potsdam Kiwanis Club clean-up crew, were well known as “The Kiwanis Garbage Facilitators” after each event.

Some of the Community Service Projects that the Potsdam Kiwanis Club became well known for, over its 33 years are: Highway clean-up, maintaining Cubley Park (corner of Lawrence Avenue and Leroy Street), Bike Rodeo, Coats For Kids (in 2010, Dan Fritz’s son made Coats For Kids boxes as his Eagle Scout Project). Kiwanis supported both the Potsdam and Norwood Little League Baseball, NBT Child Watch Program, Potsdam Summer Festival (their fried dough booth), Santa Parade which first was created by the Potsdam Lions Club, but later taken over by the Kiwanis Club; worked with Hospice to create “Fits and Frayed Knots” as well as “Stones” for their staff members in helping to deal with cancer victims and end of life situations.

In addition, they were for years involved with the “End of Summer” celebration Potsdam Ice Cream Social; they held Garage Sales to support Potsdam Helping Hands and Potsdam Food Bank, donations of books to the Head Start Reading Programs of Parishville, Norwood and Potsdam through the Potsdam Library. Remember those pancake breakfasts, chicken BBQ’s and Movie Night at Ives Park during the Summer Festivals?

Kiwanis members were hugely involved with the Potsdam Holiday Fund Committee and their Giving Tree Program, each year collecting donated gifts from community members, which was spearheaded by Potsdam Helping Hands and the Kiwanis Club and has become the biggest organizational effort to this very day.

And the list goes on! At one time Gumball machines were set up to support revenues for food banks and food drives. Kiwanis started and sponsored the Thanksgiving Baskets through St. Mary’s Church, they established “Santa’s Story Hour”, and the big Halloween Parade known to many as the “Rag-A-Muffin” (which was initiated by the Rotary, but was taken over by Kiwanis in early 2000 with help from the Potsdam Fire Department, Police and Rescue members).

Each August Kiwanis held the “Stuff The Bus” program to receive donations of school supplies to support children in need. There use to be bicycle raffles, everyday hero awards, Easter Egg Hunt & party; participation in the “Hobble-Gooble Walk/Run for Thanksgiving Baskets, supported donations to Ronald McDonald House, Adopt-A-Platoon Project (sending letters and gifts to a U.S. Service Platoon); Jail for Bail and Children’s Miracle Network creating a mile of quarters at the St. Lawrence Mall.

It goes without saying over the years that special fundraisers were conducted to support scholarship awards to graduating senior students from both the Potsdam and Parishville High Schools. Until the Covid-19 Pandemic shut down many projects, the Parishville Fire Department Ladies Auxiliary’s first Monday night of the month spaghetti dinners, helped raise the necessary funds, through Kiwanis table drop jars, to fully support a scholarship each year to a graduating student from their high school.