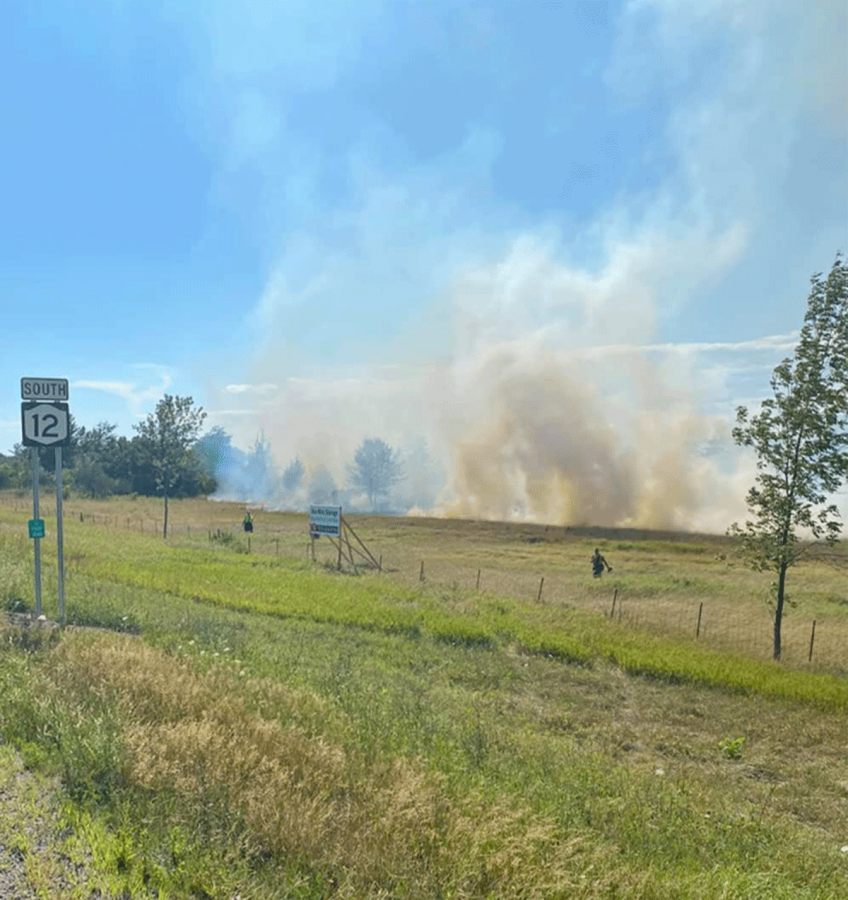 Above is one of the two fires over 100 firefighters fought on Wednesday. Photo submitted by Kevin Crosby.

HAMMOND -- Over 100 firefighters from a dozen departments fought back-to-back wildland fires on Wednesday.

The first call came in for the Hammond Fire Department around 3:30 p.m. for a reported grass fire at 50 Heron Road off State Route 12 in Chippewa Bay. Firefighters prevented the fire from spreading to several nearby houses and buildings.

A second brush fire came in about an hour later while fire fighters were still battling the first fire. The second incident was about a mile upstream and was only accessible by boat, Hammond Fire officials said.

Fire fighters returned to service around 11 p.m. last night. No injuries were reported.

Brier Hill, Morristown and Heuvelton fire department auxiliaries were on scene providing cold drinks and sandwiches to the firefighters.