One injured after tractor trailer, truck crash on SH 11B in Potsdam 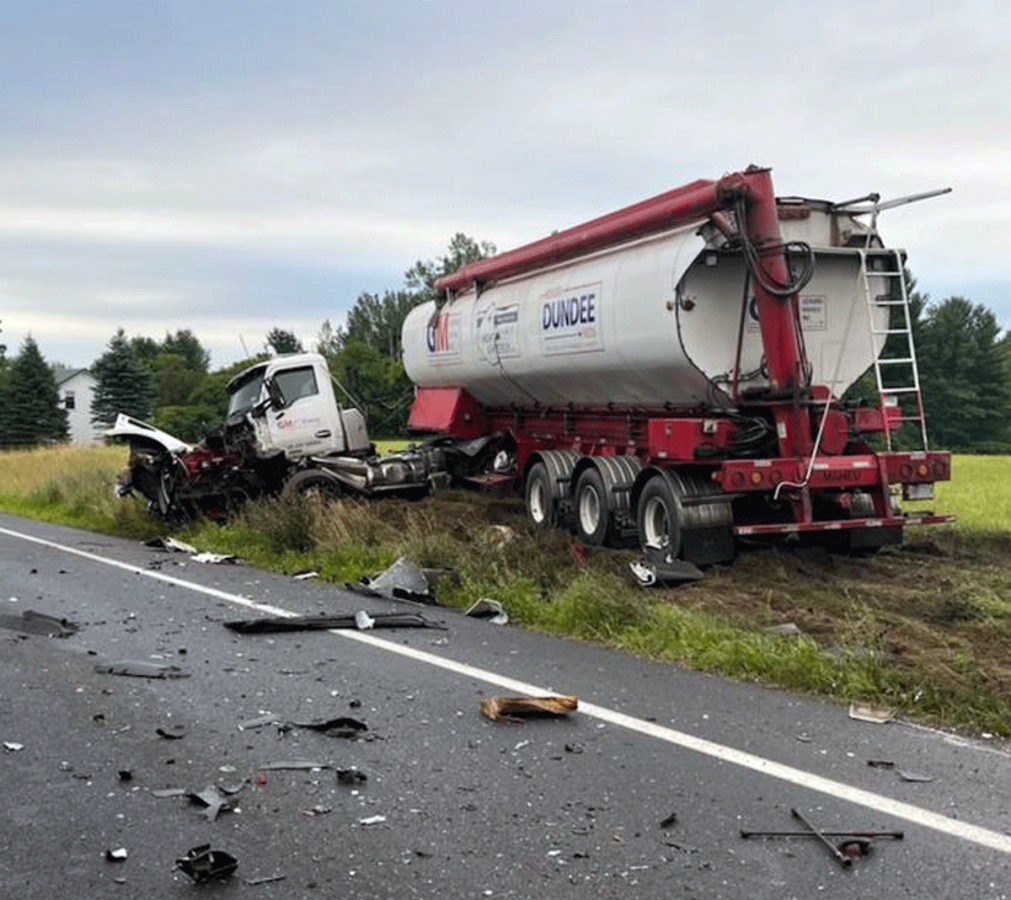 POTSDAM -- A person was injured after the truck they were operating crashed into a Wight & Patterson tractor trailer early on Tuesday, Aug. 2, according to Potsdam fire officials.

The accident was reported around 6:50 a.m. with Potsdam Fire, Potsdam Rescue, and County Car 10 dispatched to the vicinity of 443 State Highway 11B.

Within minutes rescue personnel was on seen and a call was made that extrication would be needed.

The engine of the pickup truck was reportedly thrown from the engine compartment and was laying in a field next to the highway.

Firefighters stretched a line off of Engine 80 and deployed the jaws of life tools off of Rescue 14, officials said. Firefighters were able to force the door of the pickup truck with a Halligan tool and gained access to the injured driver. 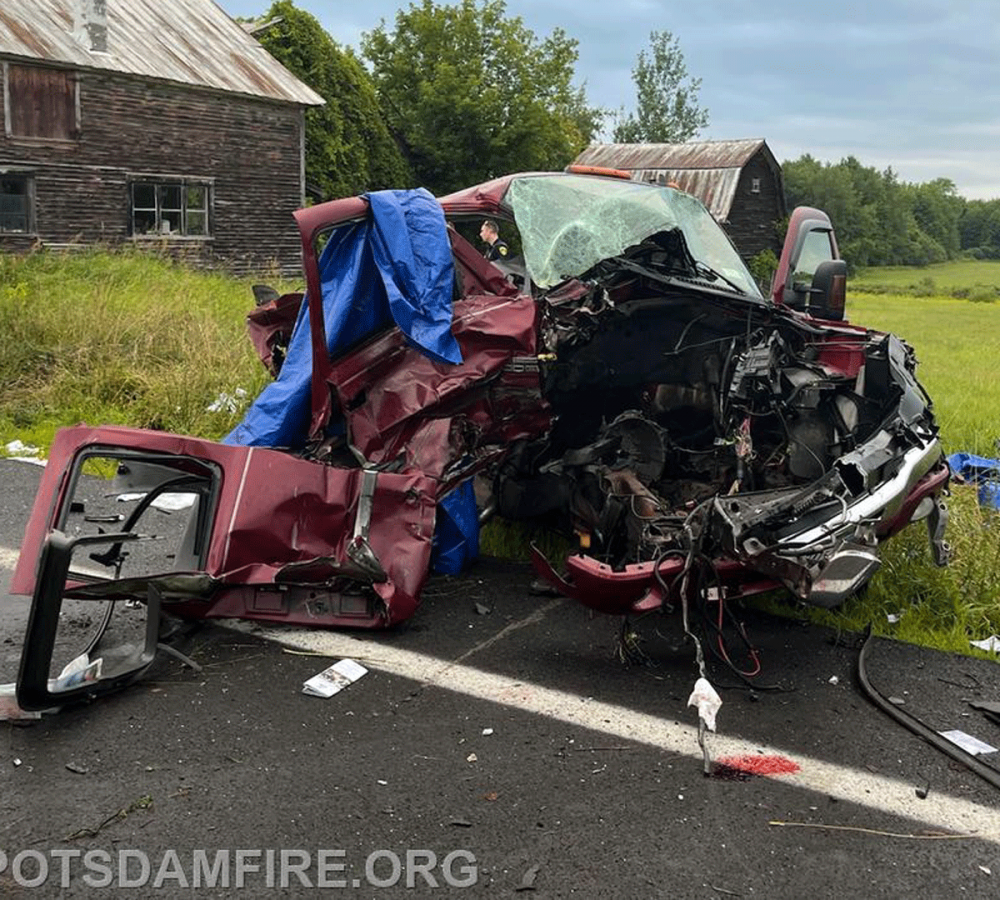 Firefighters and members from Potsdam Rescue removed the motorists from the vehicle with a backboard, and transported the subject to Canton-Potsdam Hospital via Potsdam Rescue.

Once both vehicles were removed from the scene, speedy dry was used to absorb fluids and debris was swept off the roadway, officials said. The Village of Potsdam public works responded with a loader mounted broom to assist NYSDOT with highway cleanup.

The accident was investigated by the St. Lawrence County Sheriff's Office and more information will be released if available.