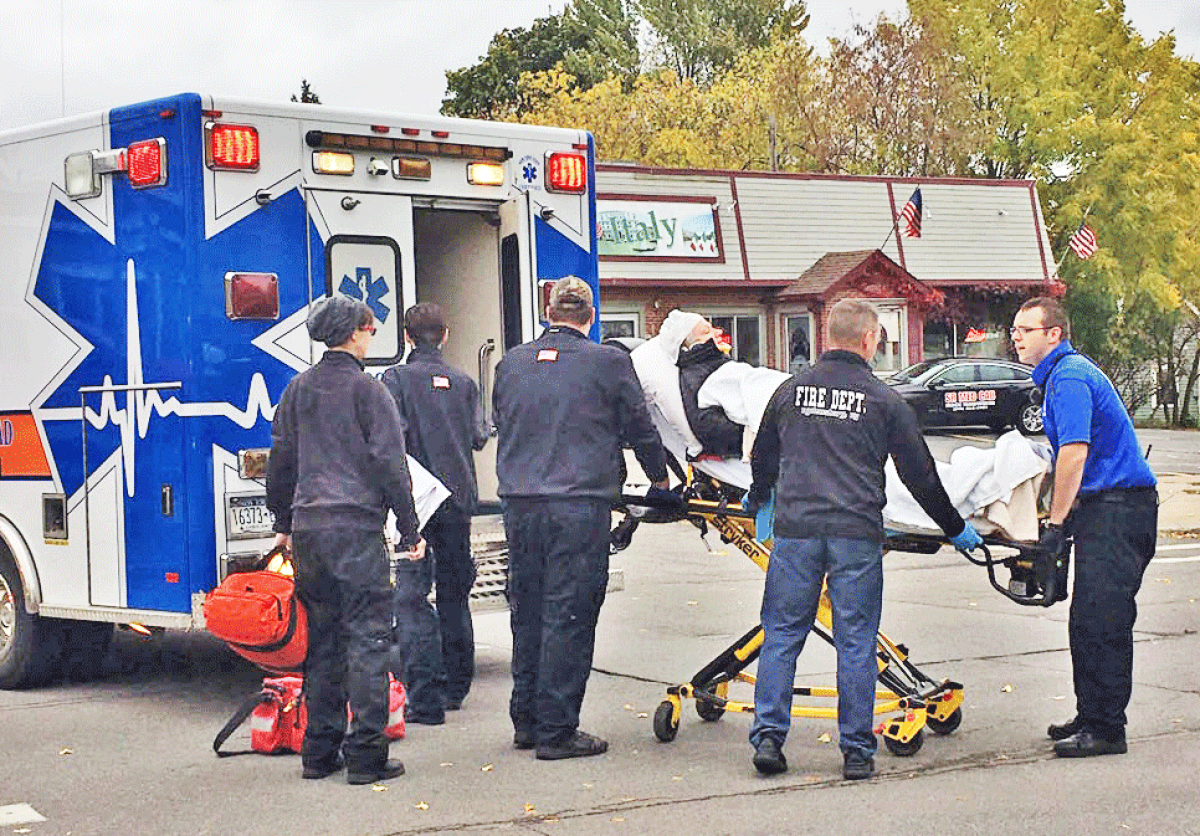 Judy Gibson, a Pickering Street resident, is loaded onto an ambulance after she was struck by a car in the crosswalk at the intersection of Jersey Avenue and State Street this morning. NorthCountryNow.com photo by Sean McNamara.

OGDENSBURG – A city woman was injured this morning when, as she tried to cross the street at Jersey Avenue and State Street, she was hit in a crosswalk by a car at 9:14 a.m.

Judy Gibson, 71, of Pickering Street, was transported to Claxton-Hepburn Medical Center by the Ogdensburg Volunteer Rescue Squad with a head laceration, according to Ogdensburg Police Sgt. Erwin, who investigated the accident.

The driver of the car, Devin Foster, 27, Pickering Street, was issued a ticket for alleged failure to yield the right of way to a pedestrian in a crosswalk. Sgt. Erwin determined that Foster was turning the corner from Jersey Avenue onto State Street and did not see Gibson.

In addition to the police and rescue squad, the Ogdensburg Fire Department was at the scene.