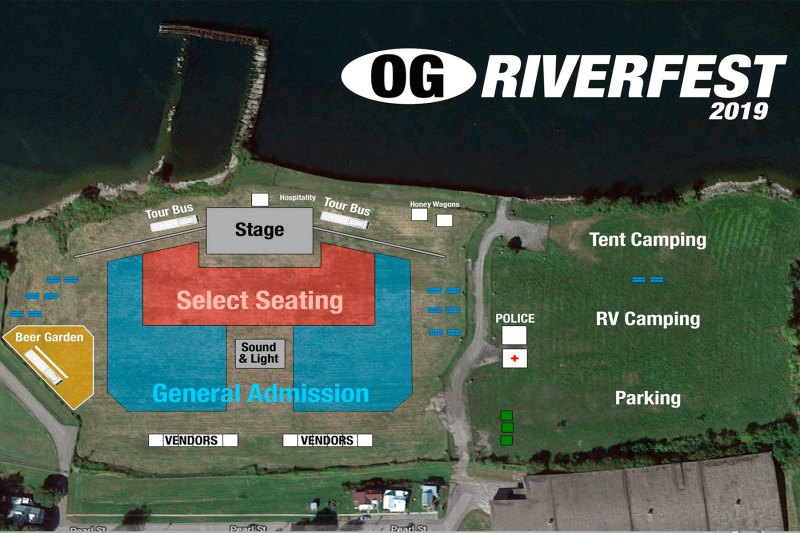 OGDENSBURG -- A local bar owner is hoping to bring a musical festival expected to draw 10,000 people to the city at the former Diamond National site in the summer of 2019.

Joe Howe, owner of Howie’s Bar, is working with professionals from around Rochester, Utica and Albany to bring a national level concert to the city.

Marketing and Entertainment Manager Jerry Stucchi, of Albany, spoke to council on behalf of Everything 4 Entertainment, LLC.

The group consists of Howe, Stucchi, J.K Ciccoti, a construction manger from Rome and Antonio Napoli, a booking agent and promoter from Rochester.

Stucchi said the two-day arts and music festival would be called OG Riverfest 2019 and would feature local and regional acts on Friday and regional and national recording artists on Saturday.

He estimated tickets for the two-day event at about $75.

Stucchi said Ogdensburg has a population of 1.2 million people within 100 miles and 3.89 million with in a 250-mile radius.

He said people will travel for national acts and he hopes to capture just .002 percent of the population.

Stucchi said the event would serve alcohol, but that it would be restricted to a beer garden area. He said vendors of foods and crafts would also be welcome at the event. Preferred VIP seating would be available and he said a special area for the physically disabled could be provided.

Stucchi said the Everything 4 Entertainment would provide insurance and work with local police regarding security.

Prior to the meeting City Manager Sarah Purdy discussed logistics with the group.

The proposal was met well by councilors and while no consensus was given, Mayor Wayne Ashley thanked the group for choosing Ogdensburg and directed them to continue working with city manager on logistics.

Stucchi said everything is very preliminary, but expects things to move fast once everything is in order. He said once the artist is booked there is no turning back. The concert would most likely take place in July, but councilors said they would prefer it not overlap with the Seaway Festival.

Stucchi told council the Diamond National site was a great plot of land that he believes could be turned into a “garden of economic development.”

He said if the concert is successful he would like to see the event become annual.