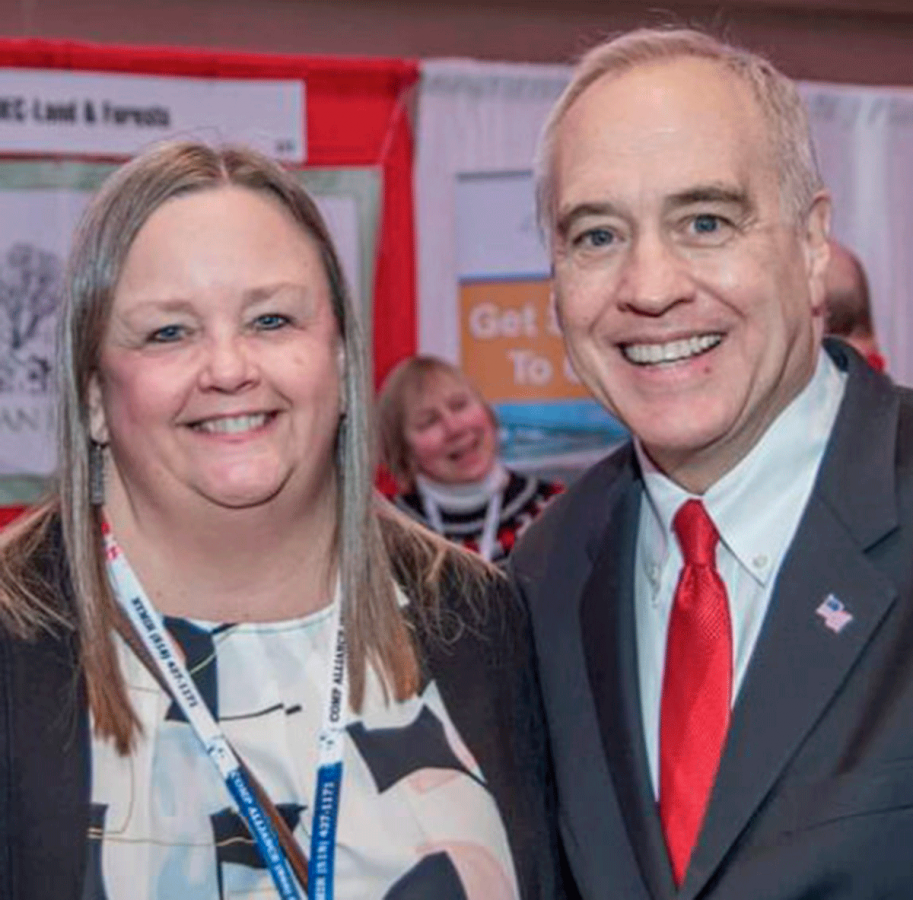 Canton Supervisor Mary Ann Ashley with State Comptroller Thomas P. DiNapoli at a meeting of the Association of Towns. Photo Courtesy of the Office of the New York State Comptroller. Submitted Photo.

A Sept. 20 memo from the Office of the New York State Comptroller reported that the Town of Canton’s Fiscal Stress Monitoring score is zero, having dropped from 15.8 over three years. The analysis, the report explained, “provides an objective assessment of the fiscal challenges facing individual local governments….”

In a subsequent message, Comptroller Thomas P. DiNapoli said of Canton Supervisor Mary Ann Ashley, “A consummate professional, Mary Ann Ashley has provided her colleagues in Canton with the leadership necessary to stabilize town government and construct a sound, transparent and fiscally responsible town budget process that has stayed within the state tax cap and that the residents of Canton can be proud of. Mary Ann Ashley has earned another term as Canton Town Supervisor so that she and her colleagues can continue to make the Town of Canton a more fiscally responsible and better managed community.”

Clearly the work of Supervisor Ashley and the Town Council to respond to the Comptroller’s 2017 audit – to correct the fiscal problems they inherited from the previous administration and streamline the Town’s finances – paid off.

The Canton Democratic Committee joins Comptroller DiNapoli in supporting Mary Ann Ashley for Supervisor as well as the Town Council slate, and urges voters to get the facts, see what’s working for Canton, and vote Ashley, Smith, Nelson, and Foley-Smith on Tuesday, Nov. 2.