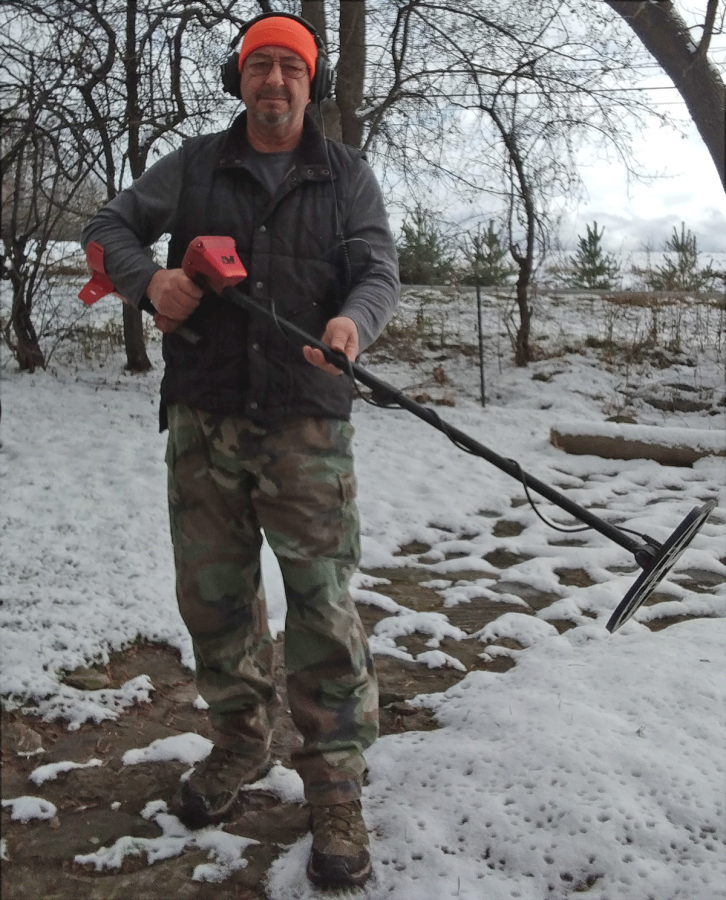 Tim Murphy of Norwood with his metal detector. Photo submitted.

WADDINGTON — A local metal detectorist helped reunite a Vietnam veteran with a Zippo lighter he’d lost more than half a century ago.

This was not the first time Tim Murphy returned a found item during his searching adventures.

Murphy has been metal detecting well over 30 years, starting when he was 26; he is now 59. Murphy said other interesting items he has found include 1,700, including coins from the Civil War, War of 1812, and Colonial times.

In addition to returning lost items, he also searches for lost items such as property markers and wells. 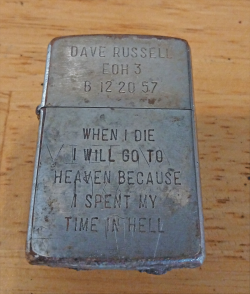 This time, Murphy was metal detecting at Coles Creek and came upon a Zippo lighter that appeared to be old.

“When I found the Zippo lighter it was just a big clump of dirt rust and corrosion,” he said. “I soaked it in electrolysis for a couple days and that's when the name came out.”

Murphy stopped cleaning it from there and put it back together.

Murphy discovered that it belonged to a man who served in the Vietnam War.

The inscriptions on the lighter had his name and Murphy set out to return it to the man after five decades.

Murphy said he posted information on Craigslist and was contacted by the owner.

The men met at Massena Walmart.

Murphy said the man shared a few stories with him during their encounter.

“I'm just glad he got it back,” Murphy said.

Metal detecting has been on the rise in recent years, according to a news story appearing in the New York Times.

“ According to an annual report from one brand, Minelab, in 2020 the company sold 30 percent more detectors than the previous year, which had climbed 18 percent the year before that,” the news story said.

In 1881 Alexander Graham Bell invented the first metal detector to help find a bullet lodged inside the body of President James Garfield.