CANTON -- Mitch Teich has been named the next station manager for North Country Public Radio. He will begin on July 1. 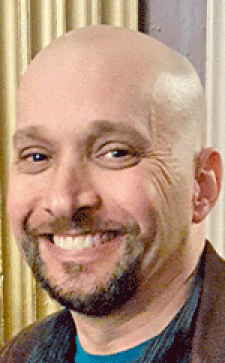 The move will be a return to the North Country for Teich, who served as a reporter at NCPR from 1996 to 1998.

Since 2006, Teich has served as the executive producer and co-host of the locally-produced weekday magazine program, “Lake Effect,” at Milwaukee Public Radio, WUWM. Prior to joining WUWM, he served as news director at Arizona Public Radio, KNAU. His public radio career began as a reporter and producer at Minnesota Public Radio in Rochester, Minnesota.

“The two years I spent at North Country Public Radio included the most important, formative experiences of my radio career,” Teich said in a news release. “They showed me the profound effect a radio station can have on the community it serves. I could not be more honored or humbled by the opportunity to lead a station that is so important to so many people.”

Teich holds a bachelor’s degree in political science from Cornell College in Mount Vernon, Iowa. He will be joined by his wife, Gretchen, daughter, Sylvi, and son, Charlie.

He succeeds Ellen Rocco, who is retiring and has led the station since 1985.

NCPR broadcasts from St. Lawrence University, which holds the license to the National Public Radio affiliate. Their primary call letters are WSLU.