New publication out of Canton focusing on experimental music 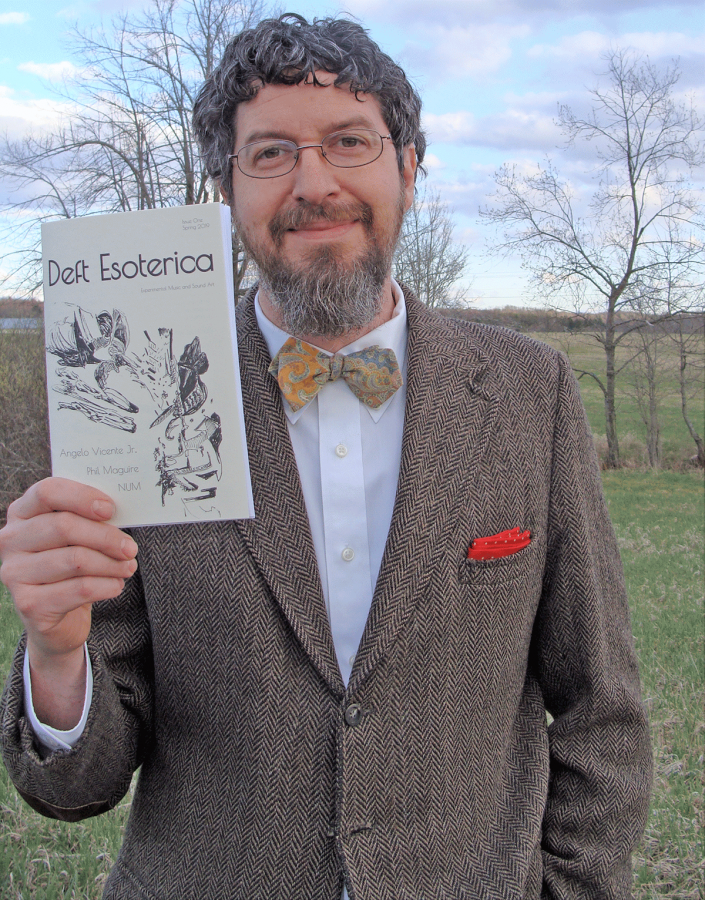 CANTON — Claude Aldous of Canton has published the first issue of Deft Esoterica, a periodical focusing on experimental music, with sales across the US and in nine countries worldwide.

There are reviews of recent cassette releases and albums across related genres of music, as well as an article touching on the textural “noise” music genre, a release from Aldous said.

“The initial reception has been positive, with sales across the US and nine countries worldwide,” Aldous said.

Deft Esoterica is illustrated by artist Ola Aldous. Aldous has exhibited her artwork at various galleries in NYC, and throughout the northeast. She currently teaches Older’s Art at the Little River Community School in Canton, performs in various music ensembles with her husband, Claude, and produces visual artworks.

Aldous has previously authored a chapter on gender-aware counseling in higher education settings in the 2015 Apple Academic Press book “The Ethics of Cultural Competence”. He has also contributed authorship to qualitative studies on immigrants into Canada presented at McGill University and at the 2014 Canadian Psychological Association Convention. Aldous is a licensed mental health counselor in private practice.

The next issue is slated for a summer release.