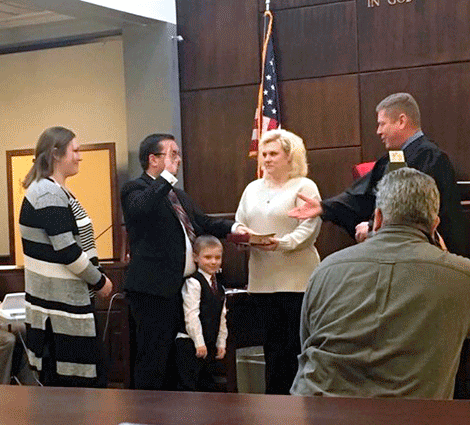 Paqua said he wants to eliminate the misdemeanor bureau format used by his predecessor. Under Rain, some assistant district attorneys handle felony cases exclusively. Pasqua said he believes this makes fewer prosecutors to handle the minor crimes, which create a backlog at local courts.

Marx has worked as an assistant district attorney and conflict defender in Clinton, St. Lawrence and Franklin counties.

He served in the St. Lawrence County District Attorney's office under Nicole Duve.

Pasqua says that during his search for a chief Marx received praise from his colleagues in Clinton County.