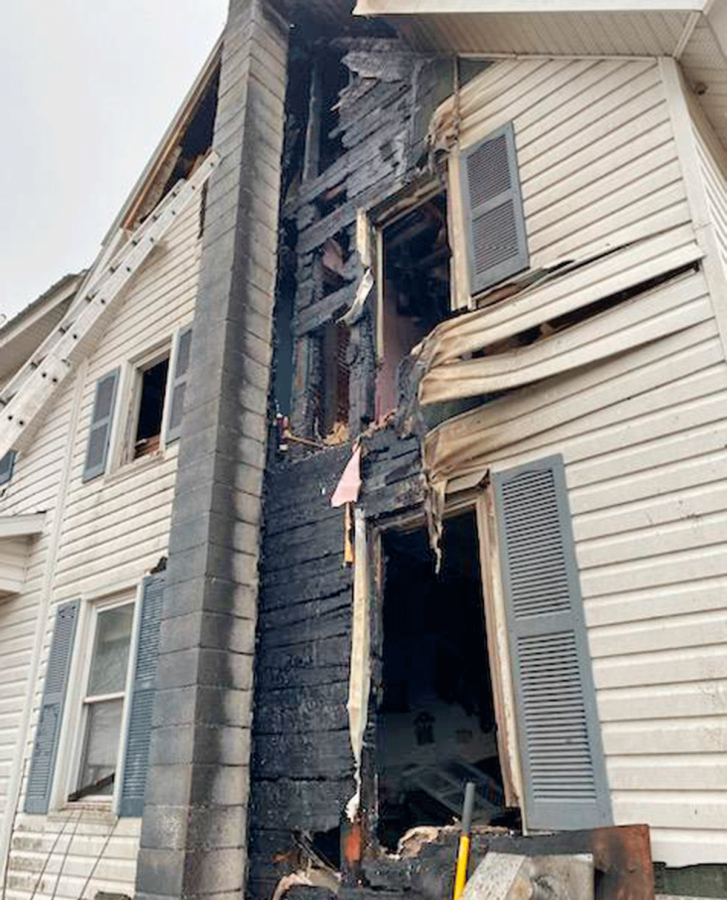 CANTON — Firefighters responded to a structure fire this morning at the residence of Kevin McCollum, 6069 U.S. Highway 11 next door to Rt. 11 Trucking.

The call came in at 8:41 a.m. and Canton firefighters were at the scene att 8:51 a.m. Sgt. Ryan Cole was at the scene and confirmed there were flames and smoke visibile.

Assistant Chief Shawn McGregor arrived at the scene and indicated it was a working fire and requested the tanker truck task force be dispatched, according to Crowe.

Members were confronted with a primarily exterior fire going up the outside wall of the house to the eaves. Personnel stretched initial handlines to knock down the fire then proceeded inside the residence to stop any spread, Crowe reported.

"It was a good knockdown and save," he remarked.

Several residents sought treatment for smoke inhalation and two dogs were removed uninjured from the home. Traffic along Rt. 11 was closed for a period of time by state police and Canton village police. The home sustained smoke and water damage.

The St. Lawrence County Fire Investigation Team is heading up the investigation in the cause and origin of the fire. Twenty-six members of the Canton Fire Department were on scene with additional personnel and apparatus from departments from Potsdam, West Potsdam, Russell, and Morley. The Canton rescue Squad was also on scene.

Volunteers from the Central and Northern New York Chapter of the American Red Cross provided immediate emergency aid to nine people after the fire, the organization reported.

The Red Cross provided financial assistance for necessities such as shelter, food and clothing to four adults and five children, ages 15, 14, 6, 3, and 9 months. Volunteers also offered emotional support and comfort kits containing personal care items, as well as stuffed animals for the children.