The Canton resident announced her intention to take on Republican Stefanik after the congresswoman voted to repeal the Affordable Care Act, also 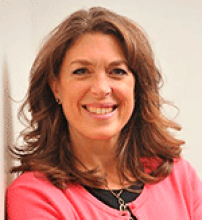 Cobb’s goal is “every person receiving portable and affordable care. In regards to cost, it is about reducing drug costs by negotiating drug prices.”

She says that key to getting health care reform or any other significant legislation she favors through Congress is “to get money out of politics.

“Too many politicians are subject to the concerns of their corporate donors and millionaires and billionaires that fund their campaigns. That is why, unlike my opponent, I am not taking their money. They can never twist my arm to get me to vote against my own district,” she said in an emailed response to questions.

“I have already committed to not take corporate money or money from DC lobbyists,” Cobb added.

The former St. Lawrence County legislator has definite ideas about how the 2018 Farm Bill further illustrates that issue.

“Elise Stefanik’s votes for the House Farm Bill are another example of her putting party and money before the interests of constituents. Her vote directly hurts small farmers, dairy interests in the district, environmental interests and especially low-income families who depend upon food support (SNAP),” she said.

She said the bill “hurts dairy farmers. According to the Congressional Budget Office, the net effects of the House bill will be to cut dairy, feed grains and wheat programs while increasing subsidies to cotton,” Cobb said, and it omits a program supported by “300 organizations of farmers” that would help them tap new local and regional markets.

“Most importantly, the House bill hurts low-income families and the disabled,” Cobb said.

“The bill would require most adult SNAP recipients under 60 to prove every month they worked 20 hours/week” or prove that they qualify for an exemption to the work requirement.

“Many caregivers, part-time workers and the disabled would be affected. CBO estimates 1.2 million people will lose benefits. Bureaucratic requirements will deny benefits even for many who qualify.”

And she objects to other provisions that she says slash funding for the Conservation Stewardship Program and repeals the Clean Water Rule.

To restore faith in government and shrink the growing gap in opportunity between the well-off and less well-off Americans, she spoke again of the increasing effect of the amount of donations to political campaigns.

Cobb believes her path so far has prepared her to represent the North Country in Congress.

She served two terms as county legislator. She got a master’s degree and began a service business for non-profit agencies. She has served on the board of the local hospice agency and the advisory board to the county Office for the Aging.

Her parents were teachers. She got her bachelor’s degree from SUNY Potsdam and began her career by starting a local health agency providing diagnostic screenings to people in St. Lawrence County who had little or no medical insurance.

Cobb and her husband have lived in Canton for more than 30 years, raising their children here.