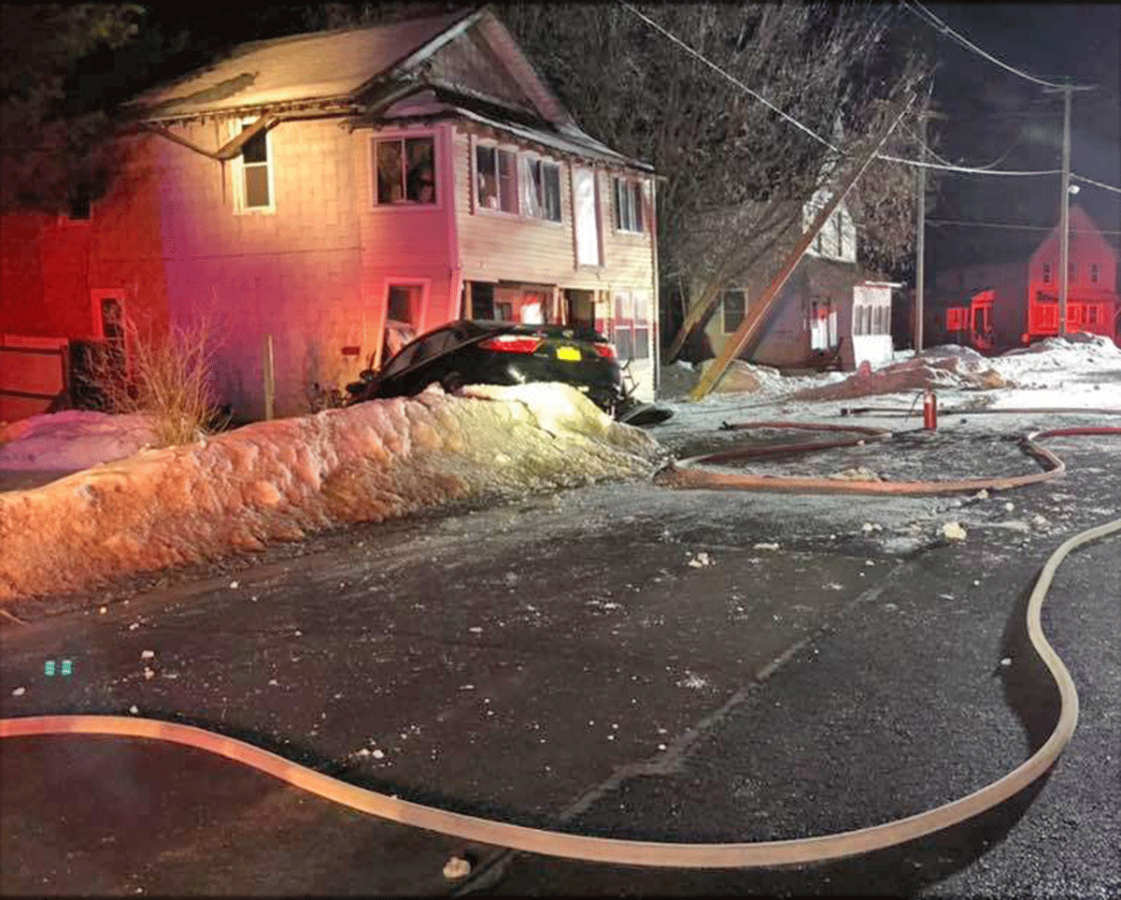 GOUVERNEUR -- Power was knocked out early this morning near Gouverneur when a car struck a utility pole and then the front porch to a house on Grove Street, according to the Gouverneur Fire Department Facebook page.

On arrival crews reportedly found that the car struck a house causing extensive damage to the front porch.

Rescue personnel stabilized the house's front porch with two of its Res-Q-Jacks, the post said.

“While on scene the a primary power line that was damaged and arcing from the accident broke and landed on the involved vehicle causing it to catch fire,” the department said. Engine 18's crew reportedly placed two hose lines into service protecting the house from further damage and extinguished the fire once the power was cut to the lines.

The department was back in service at 3:56 a.m. 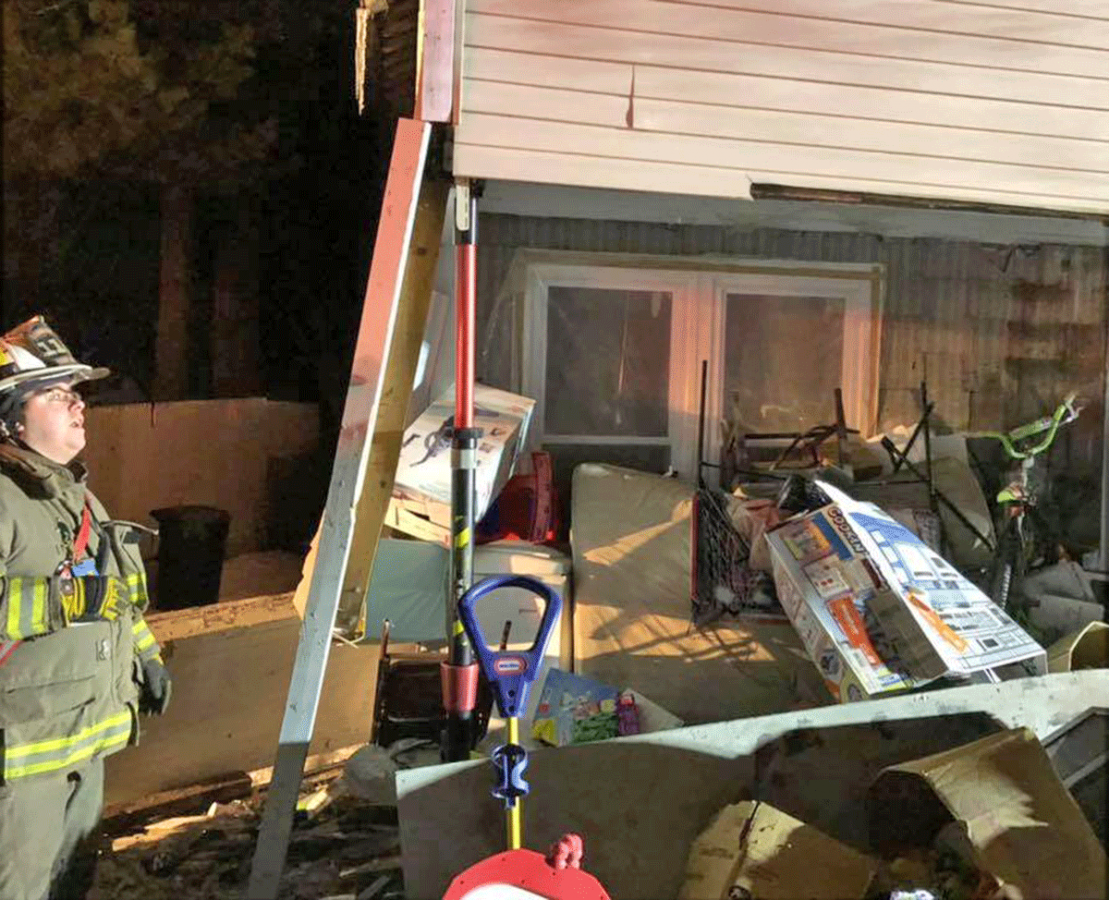