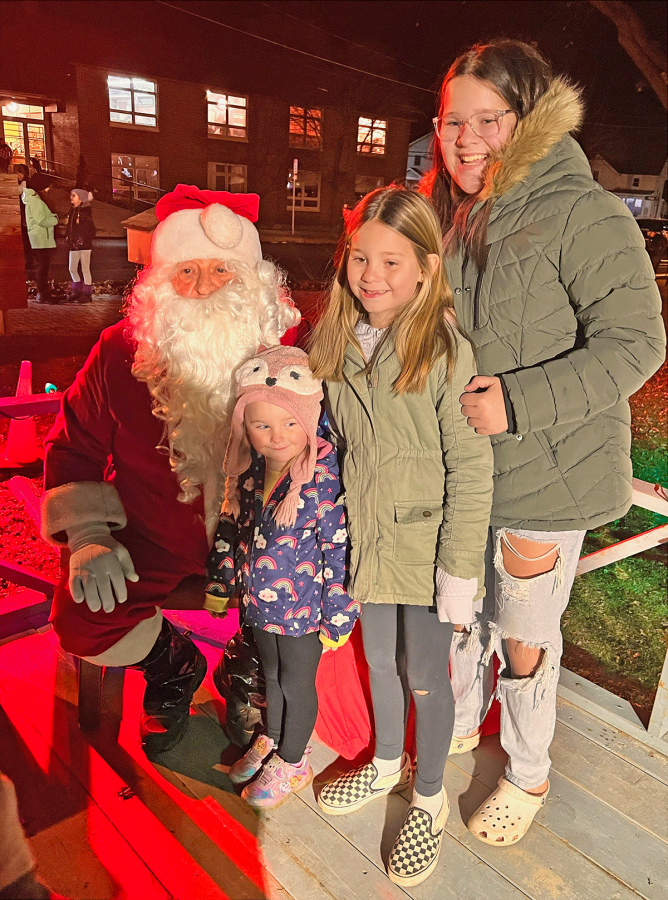 CANTON – A long line stretched from the village park stage to Park Street as parents and children patiently waited their turn to visit with Santa at Friday night’s Holiday of Lights celebration in Canton.

Santa arrived in his sleigh pulled by two Percheron horses led by Canton police. Santa was joined by Frosty the Snowman and Rudolph the Red-Nosed Reindeer who were also popular Christmas figures for the children.

Now in its third decade, the annual Holiday of Lights celebration is held annually on the night after Thanksgiving.

Santa immediately lit the newly-planted Robin Crowell Memorial Tree then proceeded to visit with children who were each given a book and a Christmas treat.

Santa made his way to the stage via two rows of lighted torches held by members of the Canton Fire Department.

Brad Mintener, joined by his wife Marilyn, welcomed everyone to the event. He thanked the community for their support, both in the form of candy canes and books to monetary donations.

Horse-drawn sleigh rides were offered and people were treated to hot chocolate and cookies at the First Presbyterian Church.