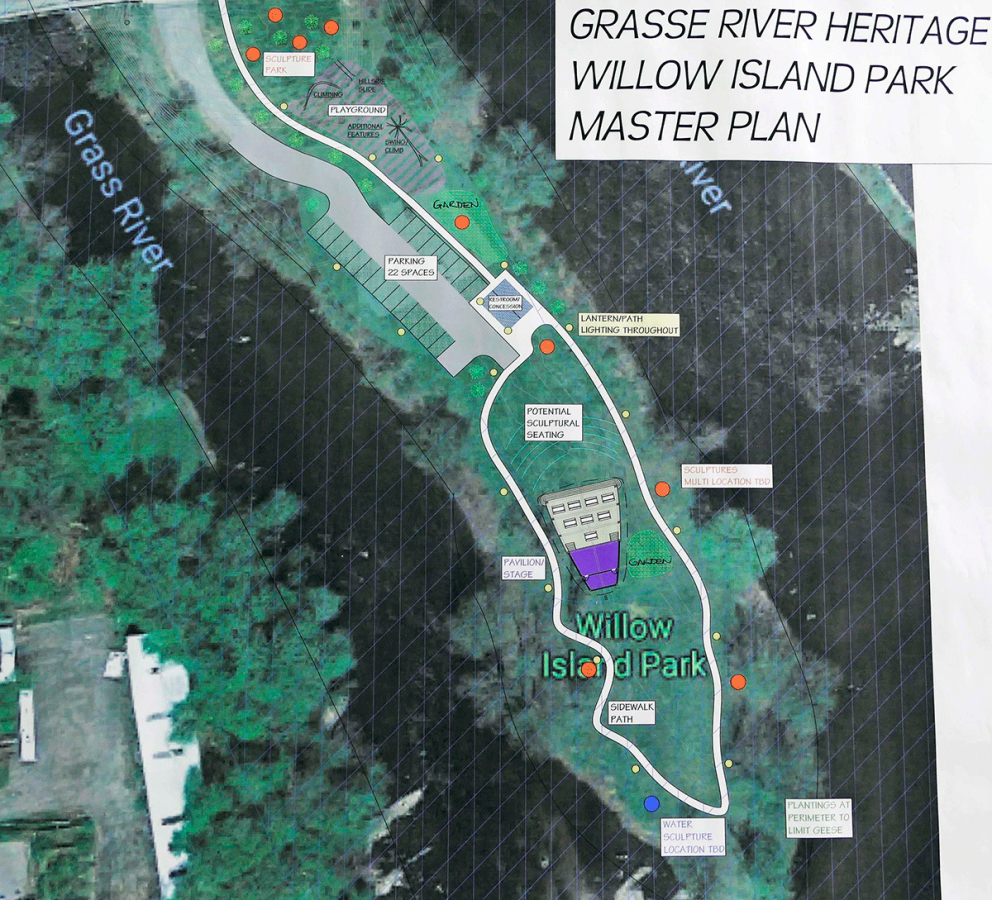 CANTON -- Long awaited planning for a new park featuring both visual and performing arts on Willow Island in Canton is now proceeding. Since the announcement by the NYS Department of State of a grant to Canton to undertake the development of Phase I of an Arts Park on Willow Island, several steps have already been taken, following procedures required by the state.

Phase I will include the construction of a band shell for performances, a natural playground, extension of electric service, a composting public restroom, a reset parking area, and some landscaping. All are based on a master plan that was initiated and funded by Grasse River Heritage and created by Rebecca Weld of Renew Architecture & Design, Potsdam. The grant for this project includes $236,956 in state funds and $87,955 in local match, from municipal services and volunteer labor.

Meetings have begun with the Department of State representative. The Willow Island Park Enhancements (WIPE) committee has met to review the master plan, begin considering ideas for possible changes, and is currently preparing Requests for Proposals for design and engineering drawings.