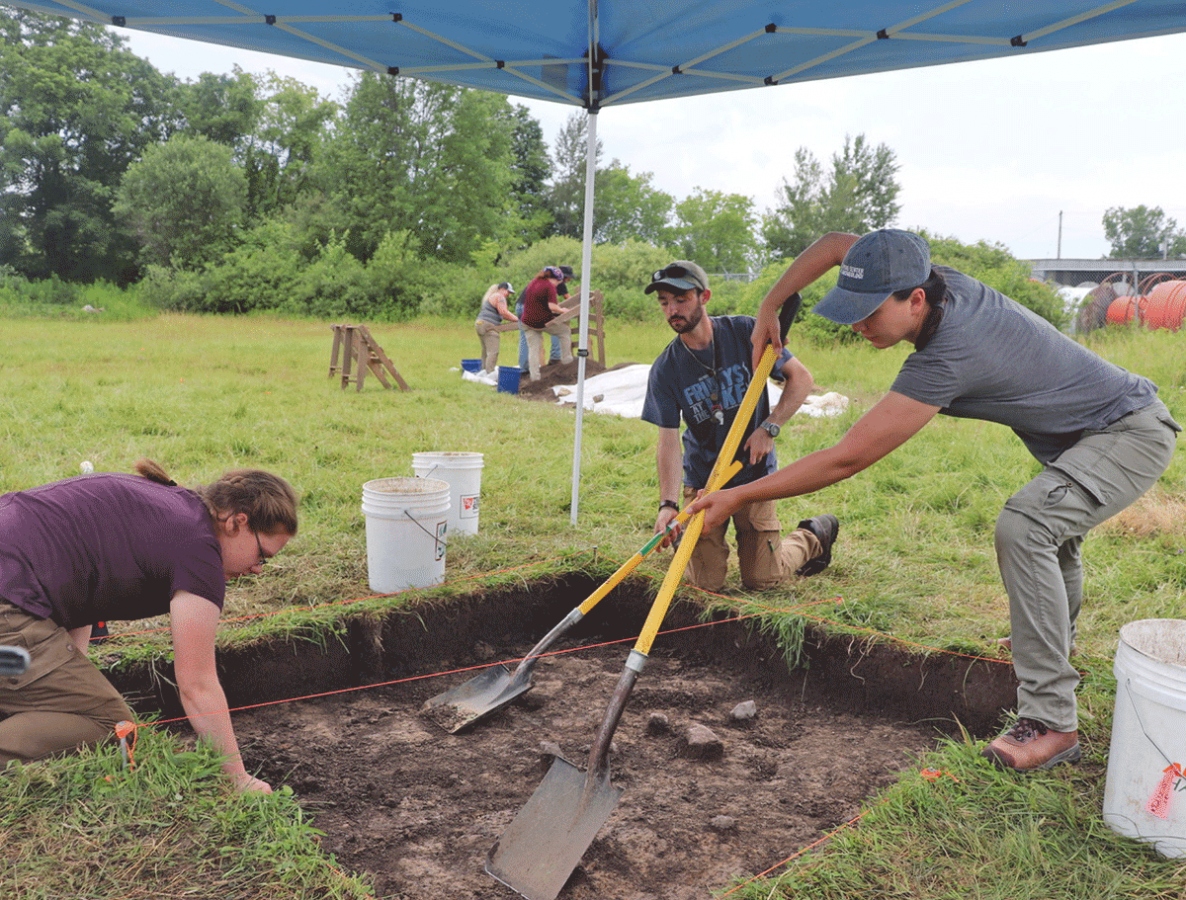 POTSDAM – What could have been viewed as a far-fetched idea has turned into a full-scale archeological dig in Potsdam.

SUNY Potsdam is conducting an archaeology field school examining the former site of Camp Union, a Civil War training ground there. Used by the 92nd Regiment in 1861-1862, up to a thousand men from St. Lawrence and Franklin counties trained there.

“The project began with Jan Wojcik, the Potsdam Museum Board President,” said Museum Director Mimi Van Deusen. “He is a Civil War buff and was doing research at the museum on a Civil War soldier. He found a map of Potsdam with parade grounds written on it and a reference to Camp Union. I showed him what the museum had on Camp Union.”

Wojcik then contacted SUNY Potsdam’s chair of archeology, Dr. Hadley Kruczek-Aaron, and the two of them contacted the owner of Meadow East. The new owner, Bryan Wolofsky, was excited about the project, and he gave approval to dig on his land at 118 Leroy St..

Wolofsky is planning an upcoming expansion project, so the excavation will help to preserve any artifacts from the area in advance of construction.

Prof. Kruczek-Aaron is leading the field school, working in conjunction with the museum. Twelve students majoring in archaeological studies are taking part in the excavation, running from June 24 to July 19.

“This dig is a great experience for our students to not only learn how to do archeological digs, but also to talk about the work that they do. It is an opportunity to do community outreach and share history,” said Kruczek-Aaron. 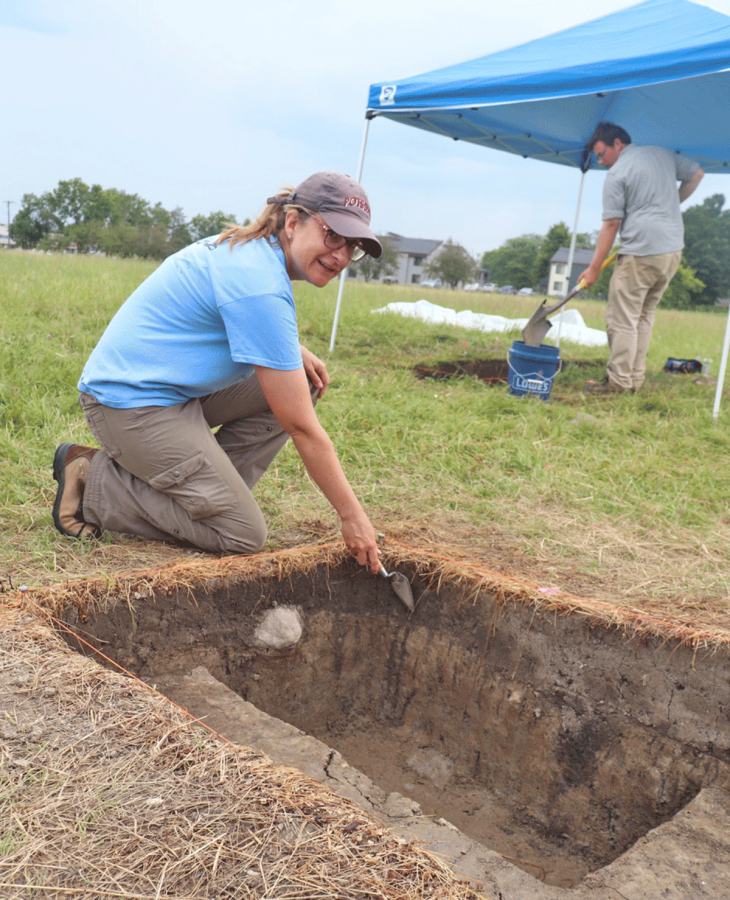 So far they have dug up cut nails, in use from 1830-1890s, as well as flat glass and bottle glass also used in the 19th century. They are all thought to be from the Civil War camp, because no other buildings are believed to have been on the site in the past.

Van Deusen said the land of the archeological dig was owned by early settlers Benjamin Raymond and then David L. Clarkson.

“Clarkson’s 1863 property map had 'parade grounds' written on the map, where it is believed Civil War soldiers paraded during daily training exercises there. The training grounds are probably near where Barstow Motors is now located, and the dig is just north of the training grounds,” said Kruczek-Aaron.

“We have to be very careful with our process. Record keeping is important.”

Any artifacts found on the site will be added to the museum's collection.