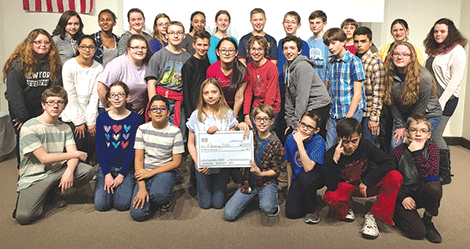 The middle school thanked the Potsdam Education Opportunities Fund (PEOF) for supplying the registration fees for the fair.

Potsdam had 10 students that were awarded with Broadcom MASTERS (Math, Applied Science, Technology, and Engineering Rising Stars). These students are invited to apply and if accepted, the top 30 will be invited to go to a science fair in Washington, D.C. and to meet the President. Pictured are Bryan Jones, Luke Brosell, Silas Greene, Mallory Green, Ashwin Hillenbrand, Saanvi Dhaniyala, Grace Austin, Yacob Melman and Nikolai Melnikov. Absent was Maddie Wheeler. 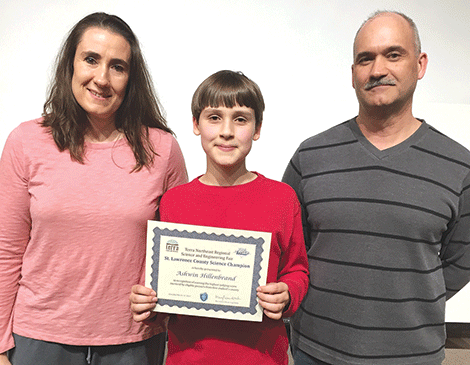 The TERRA Regional Science Fair named one student the "St. Lawrence County Science Champion." This award was for the top points at the fair, in a pool of 150 students. The award included a certificate and $100. Congratulations to Ashwin Hillenbrand from Potsdam Middle School for his "Electricity Generating Bike" project. 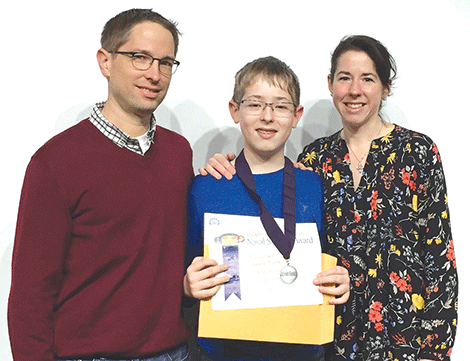 The TERRA Regional Science Fair awarded one student out of 150 science fair students with an United States Navy and Marine Corp Distinguished Achievement Award. The award came with a letter from the government, a certificate and a medal. Congratulations to Martin Heintzelman from Potsdam Middle School for his "Linear Accelerator Physics" project.