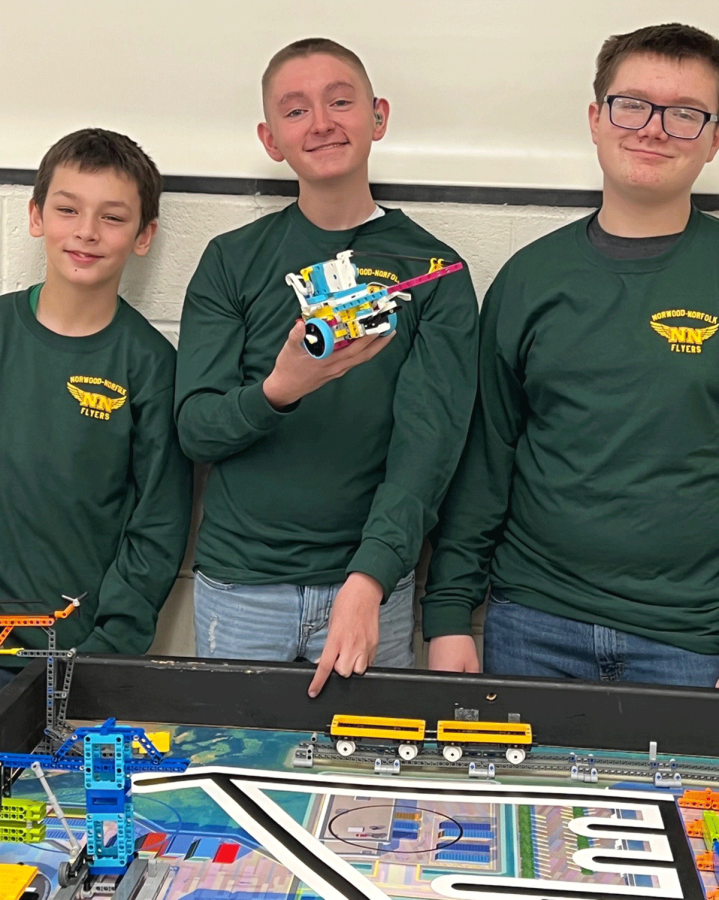 “FIRST Lego League is not just about robots and competitions Each year FIRST introduces a challenge usually related to global concerns. It is a great opportunity for our students to explore and learn while having fun. Students have the chance to work within the STEAM fields. They work on communication, leadership, teamwork and creativity,” said club advisor Laura Gutenmann.

“This year’s challenge is called Cargo Connect. Teams research, code, build, connect, share and have fun while learning STEM concepts and working together,” she said.

The NNCS Connectors team designed a simple robot dealing with package design to help reduce the size of packaging, reduce costs for transportation and help the environment.

“Every year Norwood Norfolk robotics teams work hard and represent the school and community well. I am super proud of the teams accomplishment this year. They won the robot game and the Champions Award, and was also was nominated for the Global Innovation Award for their package redesign idea. Their hard work and perseverance paid off,” said Gutenmann.

The team is raising money to help with expenses for the competition in Texas. To donate, go to GoFund me page: https://gofund.me/82f7b68f