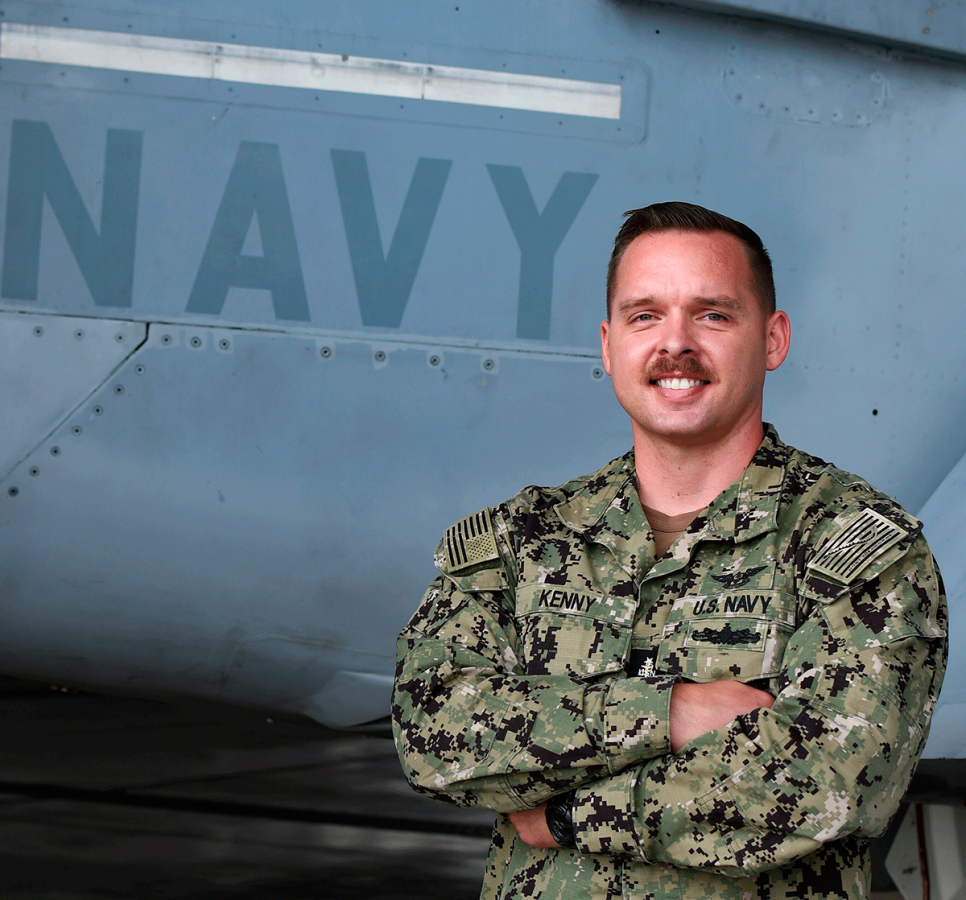 “I joined because I didn't want to go to college,” said Kenny. "I had an older cousin who joined two years before me, he spoke highly of the Navy so I thought I’d do the same thing. He started out as an aviation electrician's mate, like me, and now he’s about to become a commander.”

Growing up in Lisbon, Kenny attended Hugh C. Williams High School and graduated in 2003. Today, Kenny relies upon skills and values similar to those found in Lisbon to succeed in the military.