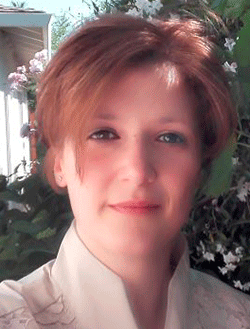 Simona LiguoriPOTSDAM -- The U.S. Department of Energy (DOE) has announced the award of $535,000 to Clarkson University for research that will advance cutting-edge clean hydrogen technology solutions.

The funding, which totals $28.9 million to 15 industry-and university-led projects, will support clean hydrogen uses for a more available and affordable fuel for electricity generation, industrial decarbonization, and transportation fuel.

"We need clean energy sources to reduce the impact on the environment and hydrogen is going to play a major role in the near future," says Liguori. "So, we are developing an entirely new avenue to produce clean and renewable hydrogen from biomass gasification, where gas upgrading and cleaning, as well as hydrogen separation, are performed in one single step by the use of the MAWGS reactor, aka membrane reactor technology."

The project's key goal is the synthesis of a reliable hydrogen-selective membrane material with long-term stability, high permeability, and selectivity.

"This transformative and intensified approach not only offers the ability to lower the cost of clean hydrogen production but it also increases the overall efficiency of the plant with the added benefit of eliminating the harmful impact on the environment," adds Liguori.

Experimental testing, process modeling, life cycle assessment, and techno-economic analysis will be conducted to determine the best option for the location of the MAWGS in the modular gasification process, environmental impact, and ability of the MAWGS technology to provide a pathway for achieving the Department of Energy’s Hydrogen Shot goals.

Hydrogen is a clean fuel that, when combined with oxygen in a fuel cell or burned in a gas turbine, can be used to produce electricity with only water and heat as by-products. Hydrogen can be produced through a variety of low-carbon pathways, including domestic resources like sustainably-sourced biomass or natural gas and waste coal, coupled with carbon capture and storage. This makes it an attractive fuel option for both electricity generation and industrial applications, such as in buildings and manufacturing.

"Clean hydrogen is an incredibly versatile tool for decarbonizing our economy and tackling the climate crisis," says U.S. Secretary of Energy Jennifer M. Granholm. "DOE is investing in projects that will help bring down the cost of producing clean hydrogen, increase its availability as an affordable, low-carbon fuel for power production, and generate good-paying jobs."

DOE’s National Energy Technology Laboratory, under the purview of the Office of Fossil Energy and Carbon Management, will manage the 15 selected projects. Since January 2021, FECM has invested nearly $80 million in 46 projects to explore new, clean methods to produce hydrogen and to improve the efficiency of hydrogen-fueled turbines.