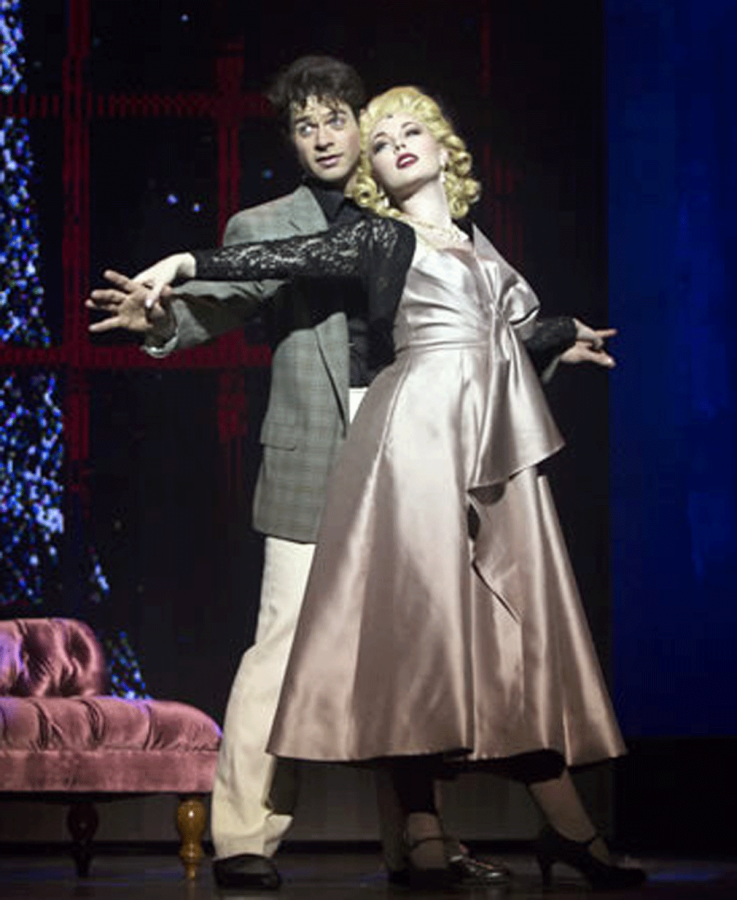 Broadway’s An American in Paris will dance into Ogdensburg on May 18. OCP photo.

OGDENSBURG – The Tony Award winning Gershwin musical “An American in Paris’ will hit the stage at the George Hall Auditorium in Ogdensburg May 18 at 7:45 p.m.

The show is being brought to the region by Ogdensburg Command Performances and is the last stage production of the 2021-22 season for the not-for-profit organization.

Ogdensburg Command Performances Administrator Sally F. Palao says “An American in Paris” is a large-scale Broadway production that she and her board of directors are proud to bring to a north country audience.

“This is another large and very professional musical production, the likes of which locals seldom get to see and experience in Ogdensburg,” said Mrs. Palao. “The Gershwin songs are timeless, and the choreography has been brought up to date to give many of the numbers a more modern spin.”

Based on the Academy Award winning 1951 film starring Gene Kelly and Leslie Caron the stage production of “An American in Paris” first played Broadway in 2015 and was nominated for 11 Tony Awards, including Best Musical.

He says the storyline revolving around the power of “American optimism” following World War II is still relevant today as the world recovers from a global pandemic, and is witnessing renewed fighting on the European Continent.

“It was a dark, scary place,” Mr. Moss said in a recent interview regarding post-World War II Paris where the play’s storyline unfolds. “There were bread lines. There were gunshots at night. As the plot unfolds, we learn there were people with dark secrets of what they had done during the war.

The musical stars Branson Bice as Jerry Mulligan and Camila Rodrigues as Lise Dassin with TJ Lamando as Adam Hochberg and Peter Romberg as Henri Baurel.

Inspired by the Academy Award-winning film, An American in Paris follows World War II veteran Jerry Mulligan as he chooses a newly liberated Paris as the place to make a name for himself as a painter. He brings a feeling of optimism and hopefulness that is very much a new feeling - It’s “American optimism.” But Jerry's life becomes complicated when he meets the mysterious Lise, a young Parisian shop girl with her own secret who is yearning for a new beginning herself.

Critics have praised the most recent stage production, which is currently on a 20-city tour of the United States. Audiences have also lauded the dancing of Branson Bice and Camila Rodrigues as the characters of Jerry Mulligan and Lise Dassin, which were played in the original 1951 movie by Gene Kelly and Leslie Caron.

Like Kelly and Caron, today’s Bice and Rodrigues have ballet backgrounds, but showcase contemporary dancing styles that are both athletic and avant-garde.

To purchase tickets to the May 18 performance of “An American in Paris” call 315-393-2625, visit www.ilovetheatre.org or email [email protected] .