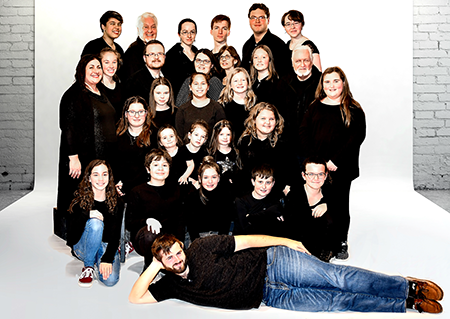 Richard O’Donnell of Ogdensburg returns as the cantankerous Ebenezer Scrooge while Angela Conzone Dwyer of Ogdensburg pulls double duty playing both Thelma Plum (Ghost of Been There Done That) and Matilda Pift (Ghost of Christmas Presents).

St. John’s Conservatory Theater is a non-profit company of actors, artisans, and artists.

A percentage of all SJCT proceeds go to help charitable causes such as St. John’s Food Pantry.