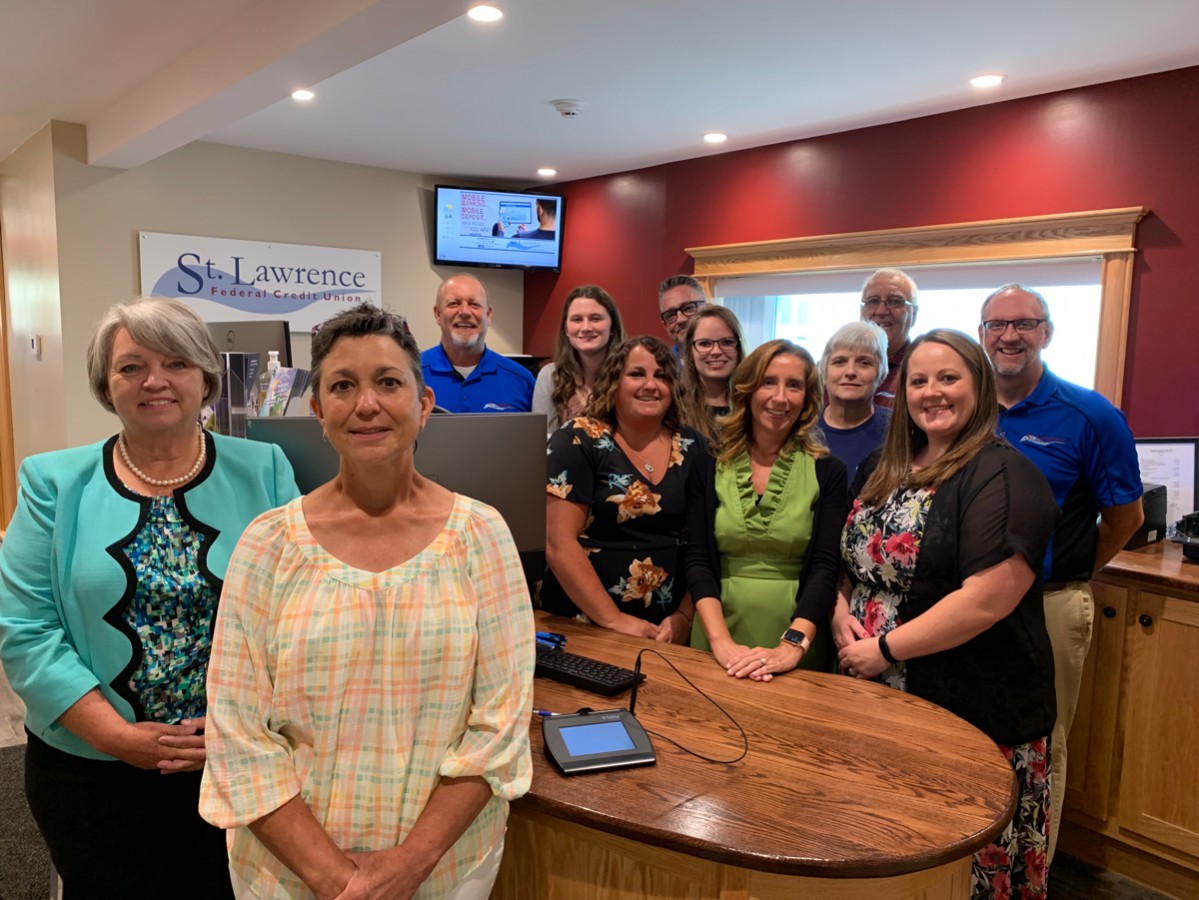 In addition to new Heuvelton branch, customers are served with two branches in Ogdensburg, as well a branches in Canton and Potsdam.

“There are certain things that are essential to any community and a financial institution is one of them,” said State Sen. Patty Ritchie, who was on hand for the opening. “I am thrilled that St. Lawrence Federal Credit Union has opened its doors and now will be a place where local residents can go to take care of their financial needs. I would like to thank the Credit Union for their investment in the Heuvelton community and congratulate them on the grand opening of their newest branch.”

Since that time growth has created the five branches. In 1991, the Commerce Park Building in Ogdensburg was opened.

In 2003, the State Street branch in Ogdensburg was opened. In 2004, the Credit Union opened in Canton with a branch located next to The Canton Fire Station, later they moved the branch to a new building in 2014. In 2017, the Potsdam branch was opened.

In addition to their five St. Lawrence County locations, the credit union has a community charter serving anyone who lives, works, worships, or goes to school in St. Lawrence County, Warren, Clinton, Essex, Franklin, Fulton, Hamilton, Herkimer, Jefferson, Lewis, Oneida and Oswego counties. Membership totals approximately 11,525 members and continues to grow, according to the credit union.