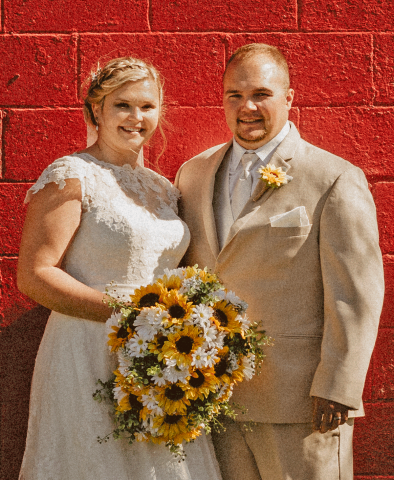 Morgan is the daughter of John and Pam Walker of St. Regis Falls. Brandon is the son of Chad and Christina Dufrane of Moira.

Morgan's father gave her in marriage. The ceremony was performed by officiant Jordan Dufrane, the groom's cousin, with reading by Pastor Colin Smith.

Close family and friends stood for the couple. Kiah Sexton, who runs Kian Sexton photography, did photos. She is a childhood friend of the bride. The day was made possible by the love and support of their dear family and friends.

Their reception was at the Parishville fire hall with music from Noel Hartson of Word of Mouth DJ Service.

Morgan graduated from St. Regis Falls Central and SUNY Canton. She is an executive assistant to the Seacomm Federal Credit Union CEO in Massena.

Brandon is a Brushton-Moira graduate. He works as a state corrections officer in Malone.

Morgan will now use the last name Dufrane.