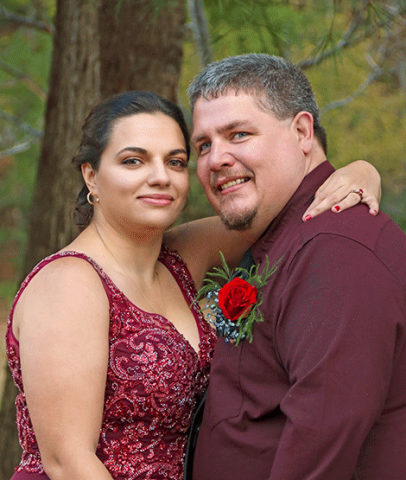 Mickael Nichols and Jason White of Fullerville were married Oct. 20.

Mickael is the daughter of Tonya Tyler and companion Joe Lamb, and Michael Nichols of Gouverneur.

Jason is the son of Lee and Sandra White of Russell.

They were married and had their reception at the family camp in Fullerville by fire chaplain Thom Jenrette with many relatives in attendance. Mickael's father gave her in marriage at the ceremony. Attendants were the couple's children, McKayla, Trevor, Morghan, Emmah, Ivalee, Stevie, Owen and Noah.

The bride's gown came from A Touch of Grace, flowers were from Flower Girls and photos were done by Kroniser's Digital Photography.

Mickael is a 2007 Gouverneur High School graduate and got her nursing degree from SUNY Canton in 2016. She works at Samaritan Medical Center, Watertown.