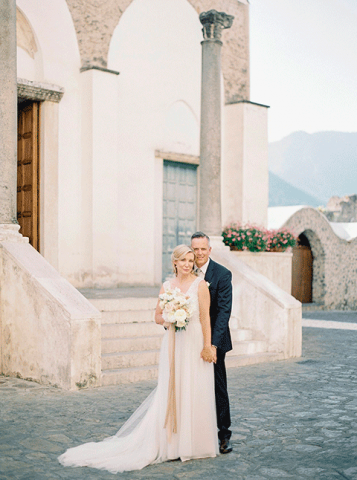 The bride is the daughter of John Kowalski, Windsor, Ont.

The groom is the son of Lina and Joseph Stewart, Cincinnati, Ohio.

The ceremony was performed by Fernando Mazzariello, officiant.

Attendants for the bride were her daughters Anabella Kowalski and Mila Kowalski.

Attendent for the groom was his son Henry Knox Stewart.

A harpist provided the music for the ceremony.

The bridal gown was by Canadian designer Morilee.

The groom's suit was by Giorgio Armani.

The bride's ring was by Tiffany & Co.

The bridesmaid's dresses were by Jenny Yoo.

Photography was by Romina Schischke.

The couple left the wedding for their honeymoon on Italy's Amalfi Coast and the Italian island of capri.

The bride works in finance at Solarwind.

The newlyweds are making their home in Potsdam.