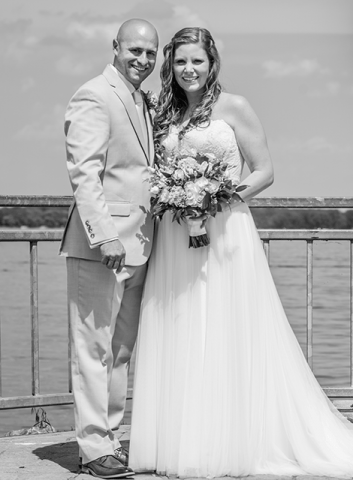 Katie Henderson formerly of Potsdam, and Matt Majocka of Imperial, Penn. were married on June 10, 2017 at Wagner Vineyards Estate Winery in Lodi.

Henderson is the daughter of Bruce and Diann Henderson of Potsdam. She graduated from Potsdam High school in 2004 and received a bachelor's degree in geology from SUNY Potsdam in 2008. She received a graduate certification in geographic information systems from North Carolina State University in 2013.

She is employed as a GIT associate at Michael Baker International in Pittsburgh, Penn.

Majocka is the son of Stanley and Beverly Majocka of Imperial, Penn. He graduated in 1998 from West Allegheny High School in Imperial, Penn. In 2002, he received a bachelor’s degree in psychology from Allegheny College in Meadville, Penn.

He is employed by Guardian Protection Services as a security and technology consultant in Warrendale, Penn.

The couple lives in Imperial, Penn. with their son, Kody John.