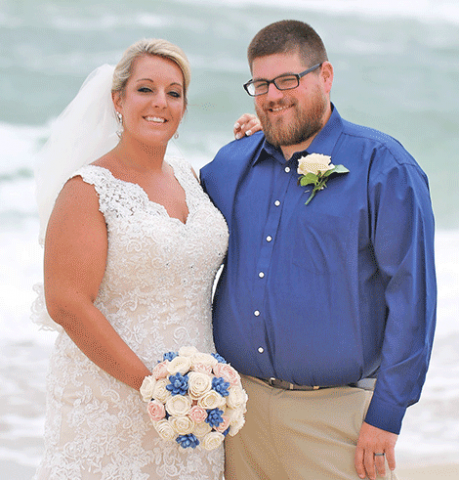 Jerika Megan Burkum of Potsdam and Kevin Martin Remington of Canton were married June 26 on private ceremony on a beach in Nags Head, N.C.

Jerika is the daughter of Gerald and Karen Burkum of Potsdam.

Kevin the son of Phillip and Barbara Remington of Parishville.

The bride's great uncle Frederick Sullivan performed the ceremony. Her father gave her in marriage.

Jerika is a BOCES special education teacher. She is a Potsdam Central graduate and has a master's degree in education from SUNY Potsdam. She will take the last name Remington.

Kevin works for Casella. He is a Parishville-Hopkinton graduate.

The couple lives in Canton.