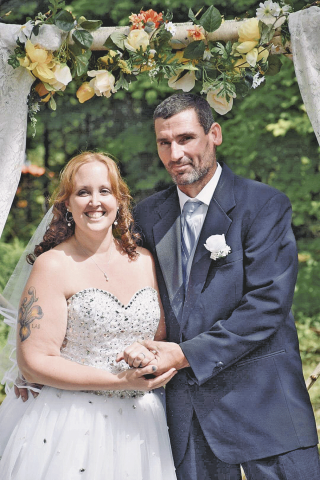 The bride is the daughter of Dolores Dowling of Newton Falls.

The groom is the son of the late Kennedy and Diane Storie.

The bride's son, Chad Kerr Jr., got an online ordination and performed the ceremony. Her son, Vincent Dowling, gave her in marriage. Her mother, Dolores Dowling, and Alexa performed music.

The groom's son, Kennedy Storie, was the best man.

Jamie has an associate's degree from Jefferson Community College. She works as a social welfare examiner for the St. Lawrence County Department of Social Services.

The bride will now use the last name Storie.