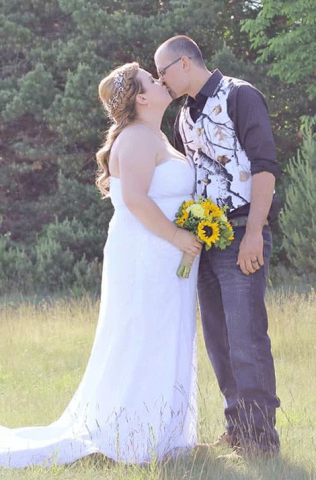 The bride is the daughter of Frank and Michelle Lucas and the late George Bush Jr. of Parishville.

The groom is the son of Rolland and Eva Richards of Potsdam.

Caitlin was given in marriage by her grandfather, George Bush Sr. Matron of honor was Kim Deshane, her sister-in-law. Bridesmaids were Kara Beaulieu, Ashley Rheaume and Emily Deshane. Junior bridesmaids were Latoya Richards, Adriana Richards, Tailynn Richards and Hailey Richards.

Their reception was at the Parishville Fire Hall with DJ Jennifer Crump.

Caitlin is a stay-at-home mom and will now use the last name Richards. Todd is a mechanic at LTI in Potsdam.