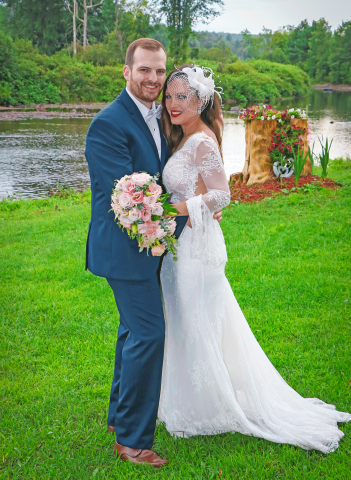 Ashley and Ryan Brewer of Canton were married Aug. 17 in a ceremony in their hometown.

Ashley is the daughter of Marcela and Jeff Townsend of Texas, and the late John Dodgen.

Ryan is the son of Becky and Bob Salego of Russell and Brian Brewer of Canton.

Maid of honor was the bride's sister-in-law Lacole Brewer. Bridesmaids were her friends Amber McNamara and Mia Elenes, and daughter Gabriella Ornelas. The flower girl was their daughter, Isabella Brewer, and nieces Dallas and Bree Brewer.

Their reception was at Shindigz on the River in Russell.

Ryan works as a mechanical engineer at Corning.