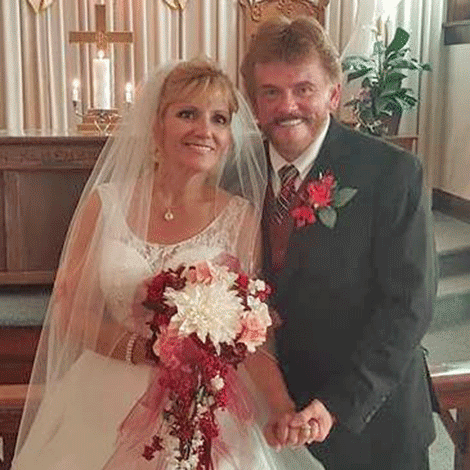 Antoinette Bennett and Ben Scharf were married July 1 at 1 p.m. at the Brasher Falls United Methodist Church in Brasher Falls.

The bride was given in marriage by her son, Joseph Hartka Jr.

The groom is the son of Mr. and Mrs. Ben and Shirley Scharf of Winthrop.

Matron of honor was Jeanette Scharf, sister in law of the groom. Bridesmaids were Staci Reyes and Anita George.

Best man was Robert Scharf, brother of the groom. Groomsmen were Jay Reyes and Dan Durham.

Music for the ceremony was written by the groom and sung by daughter of the bride Trish Peterson, with violinist John Lindsey and organist Diane Burgdorf.

Photographer was Jennifer McCluskey and DJ was Bernie Brown.

Their reception was at the Copper Still in Massena.

The couple celebrated their honeymoon in the Caribbean Sea at St. Lucia.